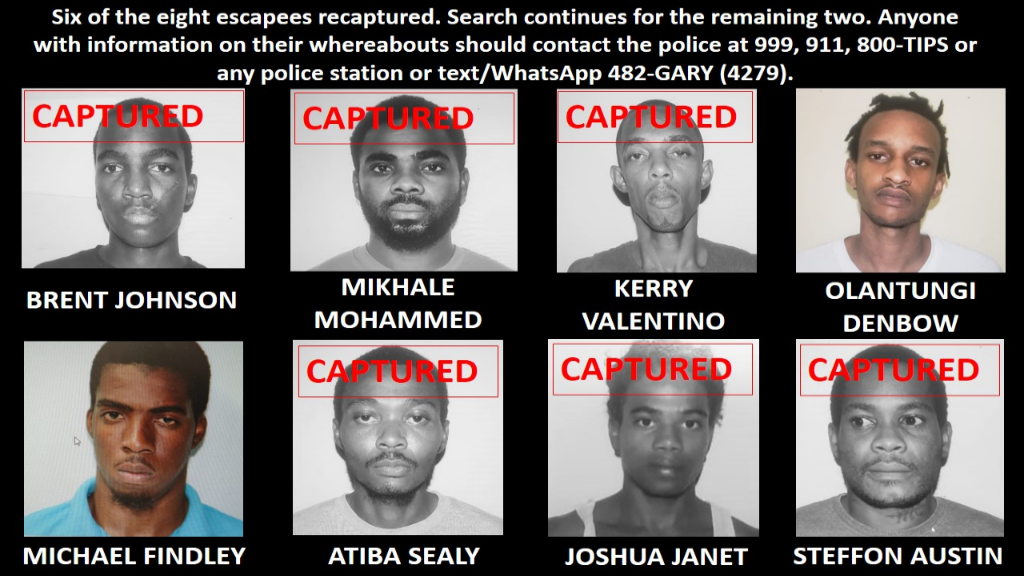 Another prisoner who escaped the Golden Grove Prison in Arouca on Wednesday morning has been recaptured by police.

Atiba Sealy was caught today, bringing the count of recaptured prisoners to six.

The search continues for Olatungi Denbow and Michael Findley.

They are believed to have escaped through a hole in a fence.

Police are asking the public to circulate the photos provided and to contact the nearest police station if they see the escapees, or have any information that will lead to their recapture.

The authorities are asking anyone with information on the whereabouts of Denbow and Findley to contact the police at 999, 911, 800-TIPS or any police station or text/WhatsApp 482-GARY.