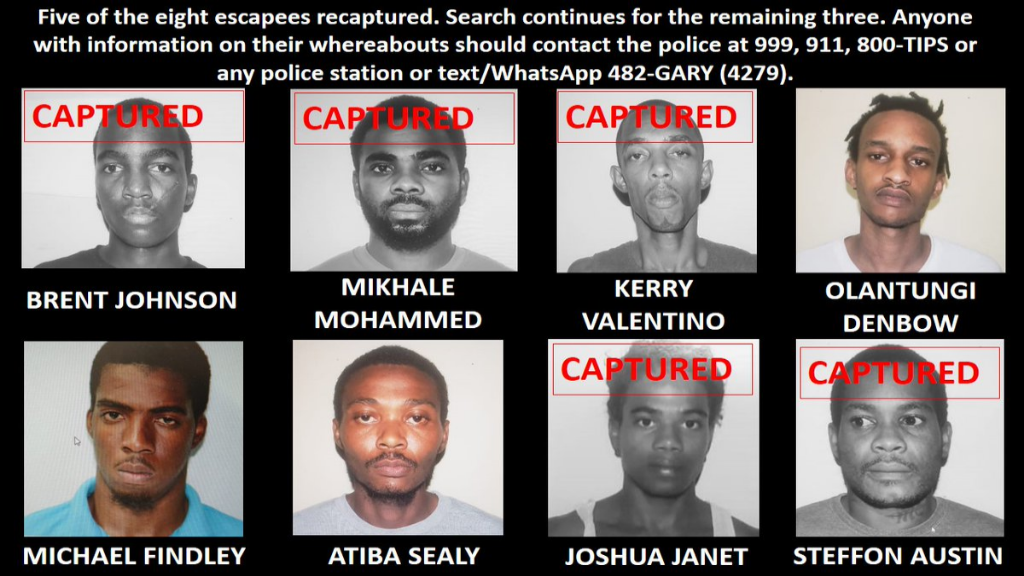 Five of the eight men who escaped from the Golden Grove Prison in Arouca on Wednesday morning have been recaptured.

They were reportedly recaptured at a hotel in La Lomas.

The men are considered armed and dangerous and should not be approached for any reason.

The eight were discovered missing by prison officers around 6 am today. They are believed to escaped through a hole in a fence.

Police are asking anyone with information on the remaining three escapees to contact the nearest police station or the prison authorities.

Commissioner of Prisons Gerard Wilson has assured that a thorough investigation will be conducted to determine how the men were able to escape.

Manhunt on for suspects who exchanged fire with police