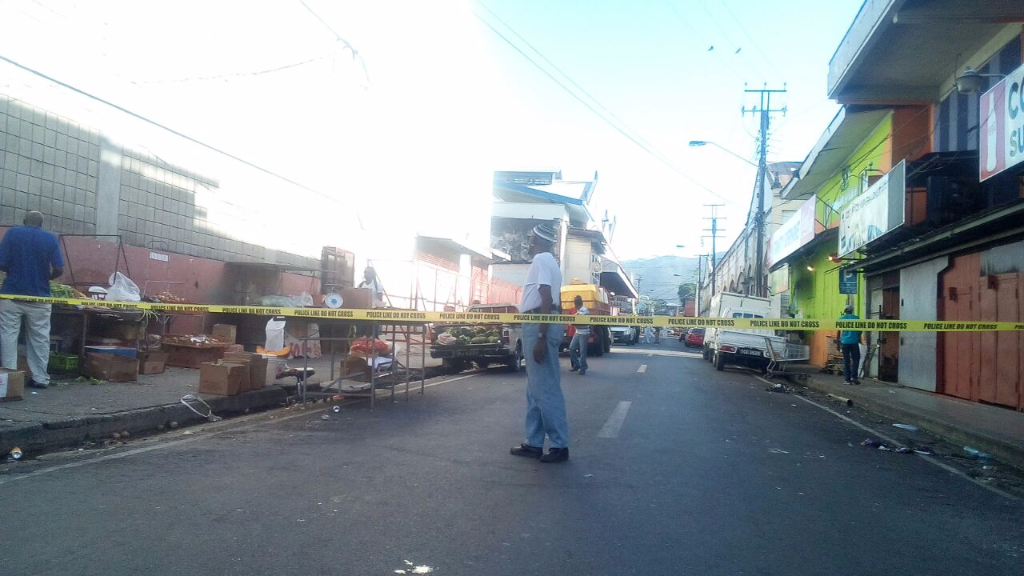 Port of Spain Division police are currently on the scene of a suspected homicide.

While up to 9 am information was still coming in, sources said that around 5 am on Wednesday, residents of George Street, Port of Spain, observed a man lying on the roadway.

However, at the time they thought it was a homeless man who was asleep.

It was not until around 7 am that persons observed that the body on the ground bore what appeared to be marks of violence.

The police were notified and a team of officers from the Homicide Bureau and the Port of Spain Division are said to be on scene.

The deceased has only been identified as "Yankee" and is said to be from the area.

However, no relatives have come forward to give the deceased's full name as yet.

Initial reports indicate that the marks of violence appeared to be gunshot wounds.

Man gunned down in Sea Lots