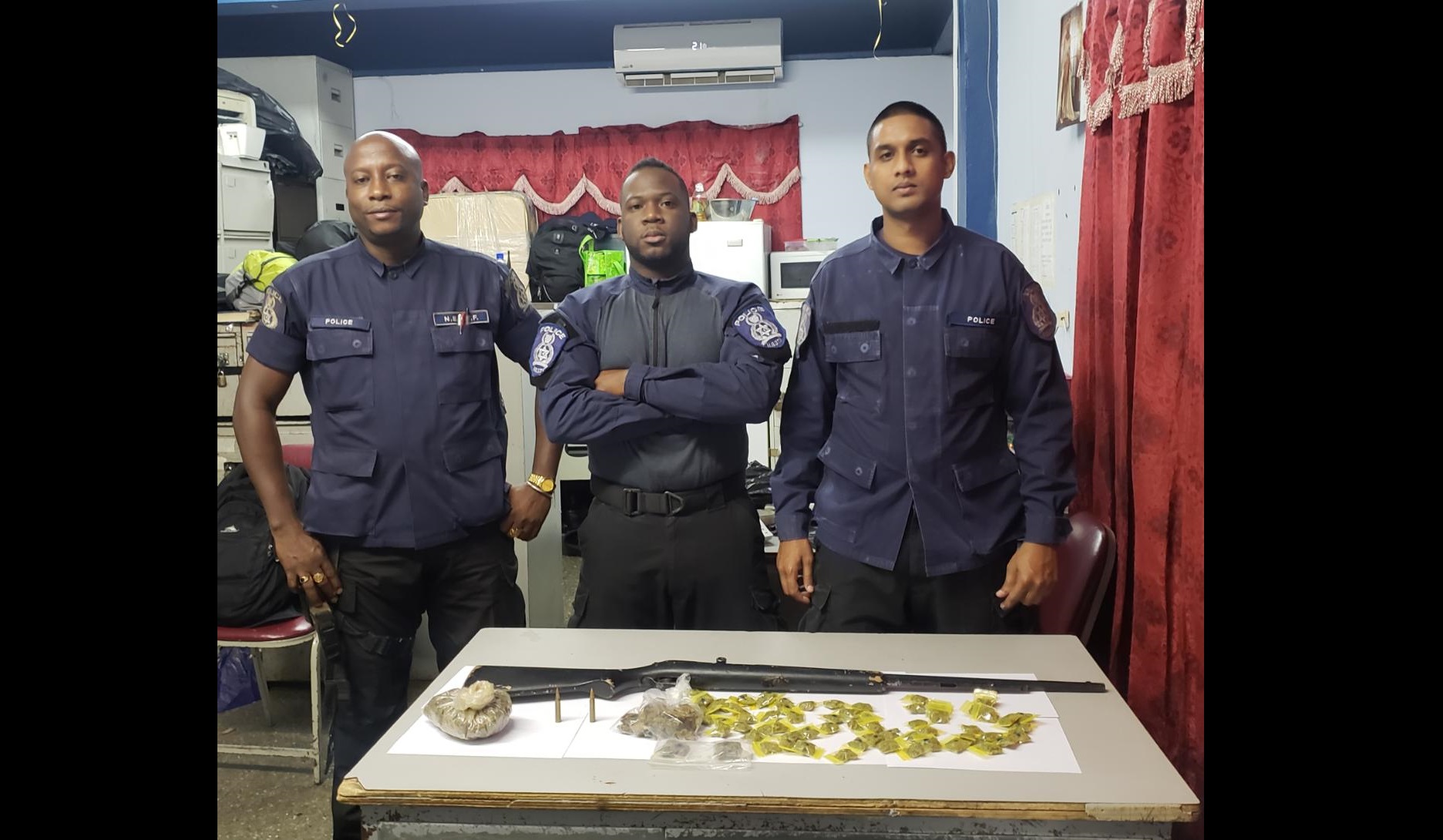 A loaded rifle and a quantity of marijuana were seized on Monday night during police exercises in Morvant.

The weapon, loaded with two rounds of 5.56mm ammunition, was seized behind an abandoned Housing Development Corporation building in the vicinity of Almond Court, Morvant.

The drugs – a total of 360 grammes of marijuana – were found on two men.

The suspects were both arrested and charged, however, they will face the offence of possession for the purposes of trafficking, as they were held with the illegal drugs within 500 meters of a school.

The exercise was conducted between the hours of 7:10 pm on Monday, and 12:05 am Tuesday and was spearheaded by Snr Supt Balram, and ASP Ramesar.

It was coordinated by Sgt Guelmo, and supervised by Cpl Duncan and other members of the North Eastern Division Task Force.