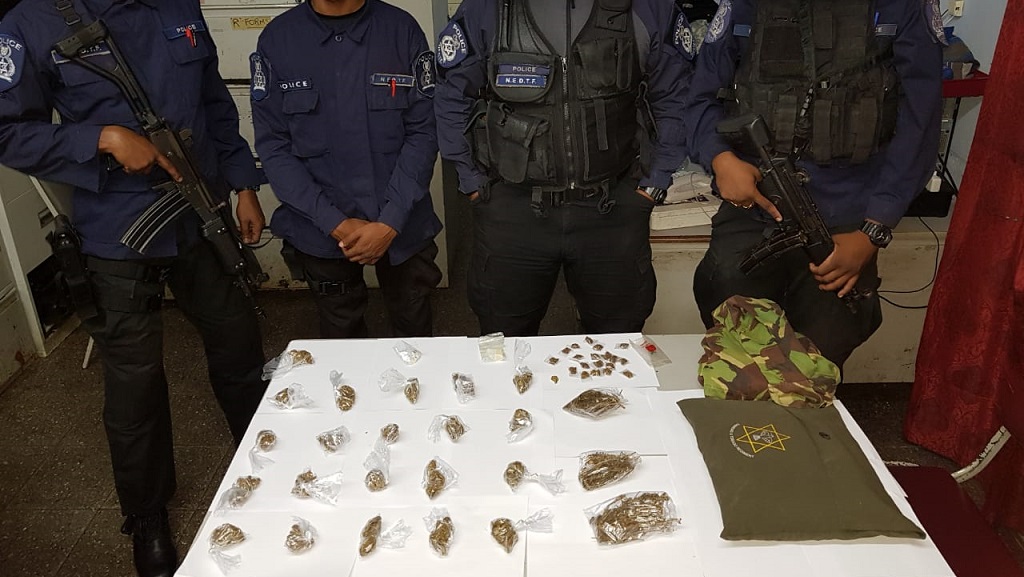 Cocaine, marijuana, and articles of clothing which appear to belong to the Trinidad and Tobago Defence Force (TTDF) were all seized over the weekend in Morvant during police exercises by officers of the North Eastern Division Task Force.

The exercises took place between Friday night and Saturday morning and were spearheaded by Snr Sup Phillip, Supt Maynard-Wilson, with assistance from Sgt Guelmo and Cpl Constantine.

Several search warrants were executed within the North Eastern Division, including Morvant and San Juan.

In total, the officers found and seized 207.5  grammes of marijuana, and 10 grammes of cocaine.

In the Woods Alley, Morvant area, several articles of clothing belonging to the TTDF was found and seized. This operation was incident free.