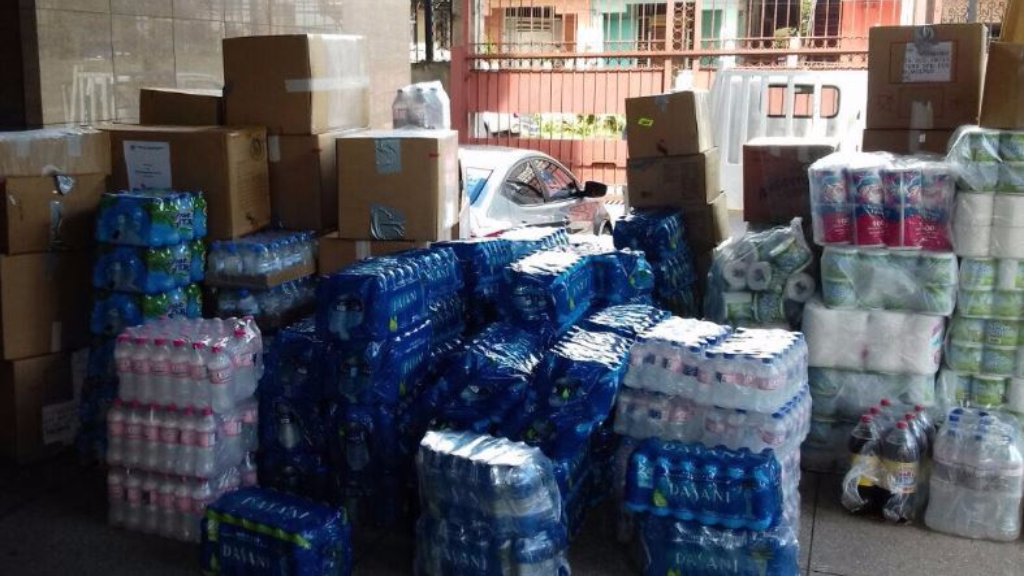 Eleven crates of food supplies and other items have been collected by local police officers for shipment to their counterparts in Dominica and Tortola, following the damage caused by Hurricane Irma which swept through the region in early September.

A statement from the TTPS noted that an appeal for aid to benefit police officers in Dominica and Tortola came from the International Police Association to the Trinidad and Tobago Police Service Social and Welfare Association (TTPSSWA). The Association subsequently organised a group of officers to seek donations from amongst their colleagues, businesses and private citizens, to aid the recovery of officers and their families in both islands.

Six crates containing water, canned foods, clothing and mattresses left T&T's shores for Tortola on November 17 and were received by the beneficiaries five days later. The cost of the shipment to Tortola was covered by the TTPSSWA. A second shipment, containing five crates loaded with supplies, is due to be shipped to Dominica with the assistance of the Trinidad and Tobago Coast Guard (TTCG).

The relief effort continues locally, as recent flooding across South and North East, Trinidad,  severely impacted 12 officers and their families who are now in dire need of items such as mattresses, clothing and non-perishable goods. The TTPSWA is, therefore, seeking the support of police officers, sponsors and citizens to assist them once more as they shift attention to their local colleagues.

The humanitarian effort was led by WPC Keisha Brewster of the Barataria Police Station and nine other officers from the North Eastern, Eastern, Central and Western Divisions and the Organised Crime and Intelligence Unit (OCIU).

BATT pleads with public to donate to hurricane relief efforts