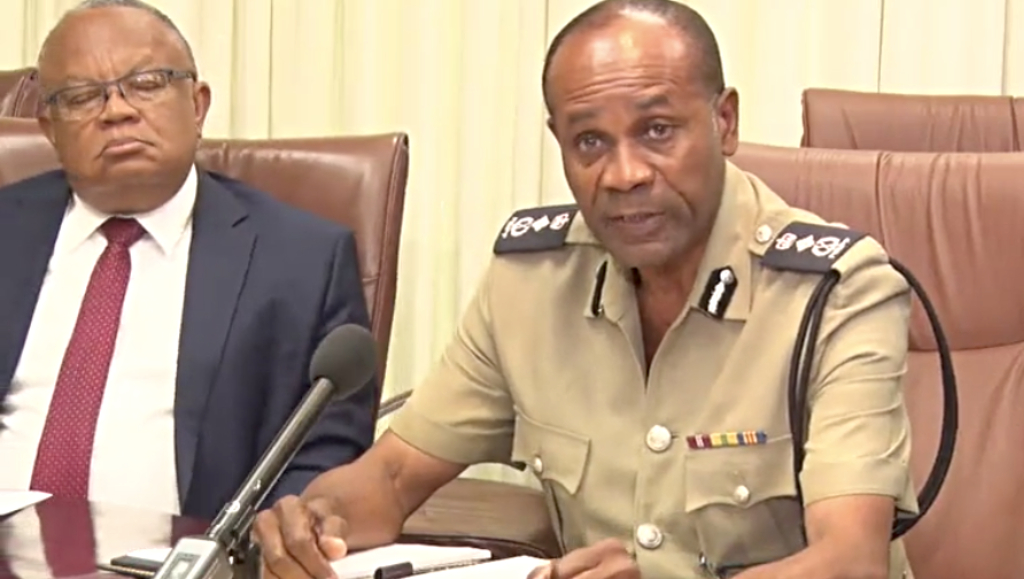 The Royal Barbados Police Force is still conducting investigations into the fire at Sargeants Village which led to the death of British national Natalie Crichlow.

However, with the assistance of CCTV footage from an adjacent house and statements from members in the community, including those who rushed to the aid of Crichlow when the flames engulfed her, there are no signs supporting the story in British media about her being doused with an accelerant and set on fire.

Noting that in the last two days the British media have published “a number of stories” with one saying that the British mother of three was murdered in Barbados after being doused and set afire, Marshall thought it necessary to invite the Police Commissioner to clear the air. 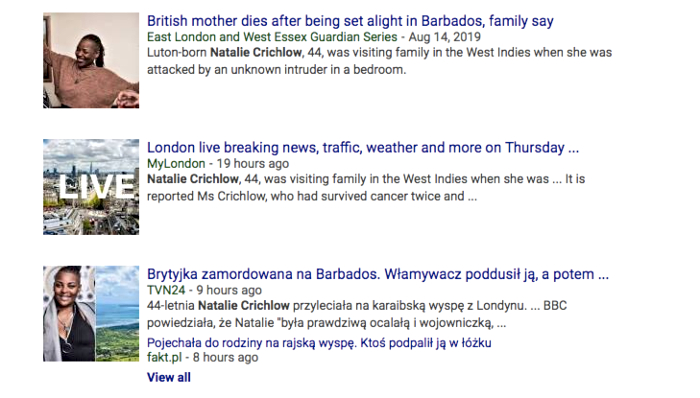 Giving the status report was the Commissioner of Police, Royal Barbados Police Force, Tyrone Griffith. He said that Natalie Crichlow, 44 years, was a British national staying at her brother Ashton Clarke’s home in Sargeant Village. She arrived on the island on July 15. At 1:43 pm on July 28 she was burned in a blaze at the residence located at Sargeant Village and later succumbed to the injuries on August 6.

The wooden home is enclosed and galvanised at the back.

Police reported that at some time after 1:00 pm prior to the house fire on July 28, the guardian of Crichlow’s eldest son video-called her and saw that she was preparing food for their arrival.

“About 13:43 hours, suddenly the house went up in flames with the seat of the fire being concentrated in the kitchen area. The fire rapidly engulfed the house and residents and workmen on a nearby house quickly sprang into action to assist. They broke away a sheet of galvanise from the yard to gain entry and assisted in getting to the deceased who was found in the yard badly burnt. The ambulance was summoned and she was taken to the hospital.”

High-quality CCTV footage, reviewed during investigations, showed no one entered the house for hours prior to the house fire. The fence and galvanised backyard were completely intact until breached by “rescuers”.

The footage showed that the fire originated in the area of the kitchen and was concentrated there. There were signs of a destroyed saucepan and burnt food. Though one gas bottle was unaffected, the top of the second bottle had melted away.

“The victim’s clothing was taken away to be examined forensically for any traces of an accelerant. The scenes of crime officers indicated that there was no smell of accelerant in the house or on the clothing of the victim.”

Statements have been obtained from witnesses and rescuers as well as neighbours and interviews are still continuing in the area.

The top cop also shot down rumours circulating about a man who once lived at the home possibly being involved. Griffith said the man in question was identified and interviewed along with the brother of the deceased, “and to date there is nothing to suggest that he had any involvement in this matter.”

A post-mortem was conducted and “the death was attributed to infections from the burns.” The victim was never interviewed by the police due to her condition at the time.

According to Griffith, "at this stage, there is nothing to indicate that there was an intruder at such premises."

The Police Commissioner reiterated that the fire was concentrated in the kitchen area and not in the bedroom as was being circulated.

“Investigations are continuing; efforts are being pursued to gather information in relation to the victimology. This matter is being treated as an unnatural death.”

Deeming the loss of life “tragic” regardless of the circumstances, on behalf of the entire Cabinet, government and people of Barbados, Marshall extended sympathy to the grieving friends and family of Crichlow and shared that:

“The Prime Minister with the full support of the Cabinet has given certain directions to demonstrate tangibly the support for the grieving relatives at this time."

He added that those details should come from the Barbados Tourism Marketing Inc. (BTMI) at a later time.