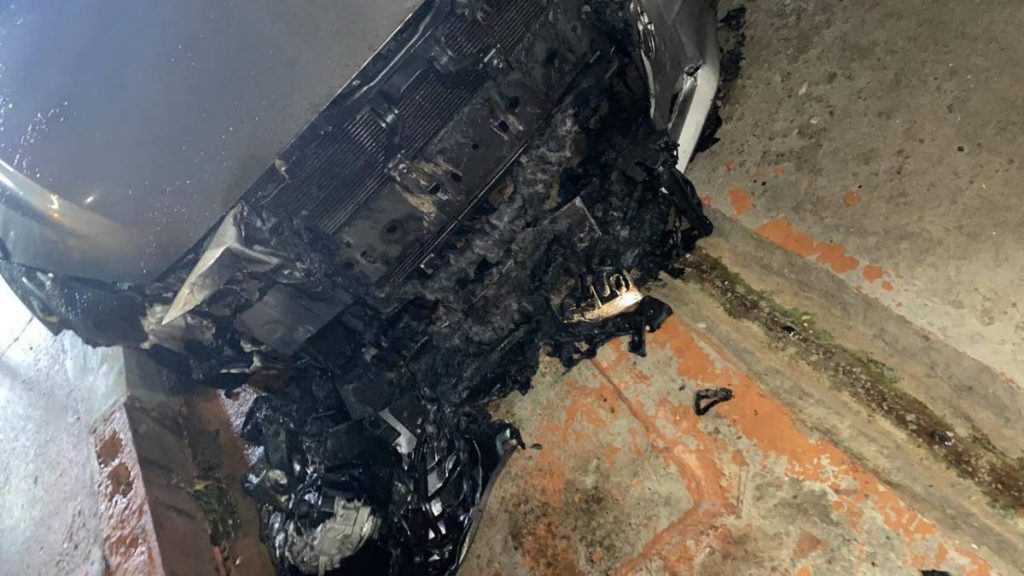 The firebombed vehicle belonging to a 'sou sou' administrator.

After receiving threats from depositors in a 'sou sou' investment group, an administrator's car has been firebombed.

Police are investigating the incident which occurred in Ste Madeleine.

According to reports, the group had failed earlier this month and the depositors were requesting refunds.

At about 11:20pm on Sunday, while the woman and her boyfriend were in their home, they detected smoke.

Upon investigating, they found the vehicle had been set on fire.

They raised an alarm and extinguished the blaze, but not before the Mazda suffered extensive damage to the back of the car. Another vehicle parked in the drive way also suffered some damage.

Fire officials visited the scene, but, they have yet to confirm what would have caused the fire.

'The Resistance' due in court on arson charge