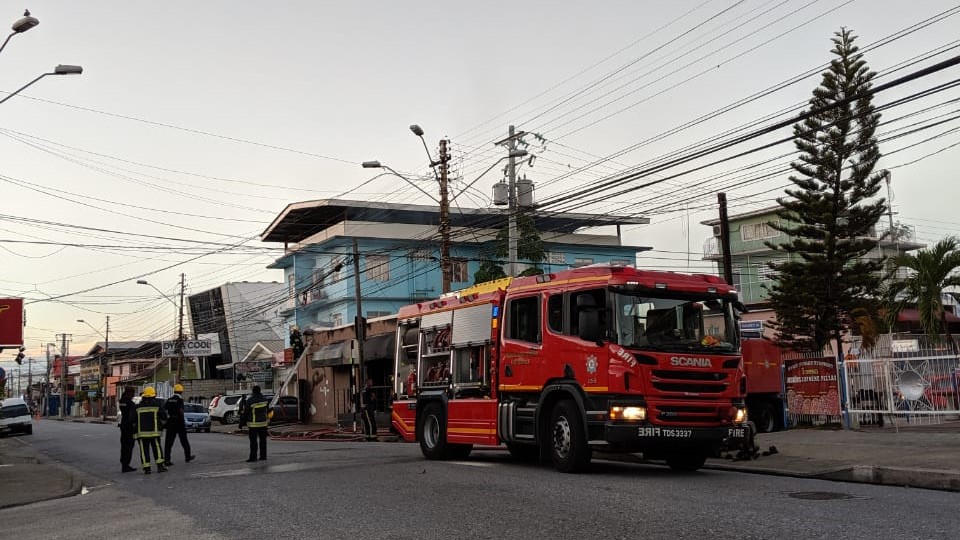 Fire appliances at the corner of Tragarete Road and French Street responding to a fire at a restaurant nearby (Photo: Brandon Gransaull)

Police suspect that a Woodbrook restaurant was deliberately set on fire on Monday.

According to reports, around 4:50 am yesterday, officers received a report that a bar and restaurant along Tragarete Road, in the vicinity of French Street, was on fire.

Appliances from the Wrightson Road Head Quarters were dispatched to the scene, and officials were able to contain the blaze.

However, police and fire officers observed certain things which led them to believe the bar was deliberately set on fire.

This included splash marks on furniture on the compound, as well as pieces of what appeared to be a Molotov cocktail.

Police said that when they responded to the incident, they also detected the strong scent of a kerosene-based substance on the property.

PC Cooper has been appointed to oversee inquiries in this matter.