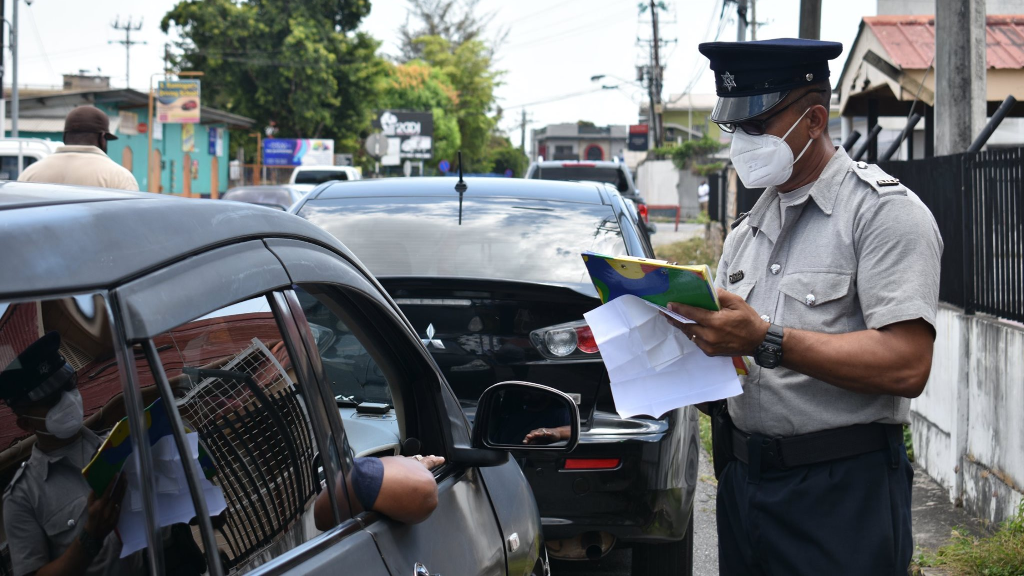 The Trinidad and Tobago Police Service (TTPS) said a total of 61 people were ticketed for not wearing face masks over the weekend.

In a statement issued Monday (September 7), the TTPS said 61 fixed penalty tickets were issued to persons for breaching the COVID-19 regulations for failing to wear a face mask across three Policing Divisions on Sunday September 6 between 6 pm and 6am on Monday September 7, 2020.

Police said the majority of infractions occurred in the Eastern Division, where the Mayaro Police issued 52 tickets.

The penalty for failing to wear a mask is $1,000 as a first offence. This is one of the measures implemented in the Public Health Ordinance regulations to combat the spread of the Covid-19 virus.

'The Trinidad and Tobago Police Service would like to appeal to all citizens to adhere to all COVID-19 regulations by wearing face masks, not having gatherings of more than five persons in public places, and practicing social distancing, in order to reduce the spread of the COVID-19 virus,' the TTPS said.

Police operations in the Eastern Division resulted in 52 people being ticketed for failure to wear a face covering in public.

The operation took place in the Mayaro district between 10 am and 4 pm, under the supervisions of Snr Sup Aguilal and Insp Richardson.

Under the current regulations passed under the Public Health Ordinance, they'll have to pay $1,000.

There are exemptions for people with medical conditions, children under eight years of age, anyone fleeing from danger or where it is necessary to remove the mask to eat and drink.

On Saturday, during the virtual media conference, National Security Minister Stuart Young said the Trinidad and Tobago Police Service (TTPS) had received the ticket books to enforce the mandatory mask-wearing policy implemented by the Government to curb the spread of COVID-19.

TTPS gives out face masks to the socially displaced