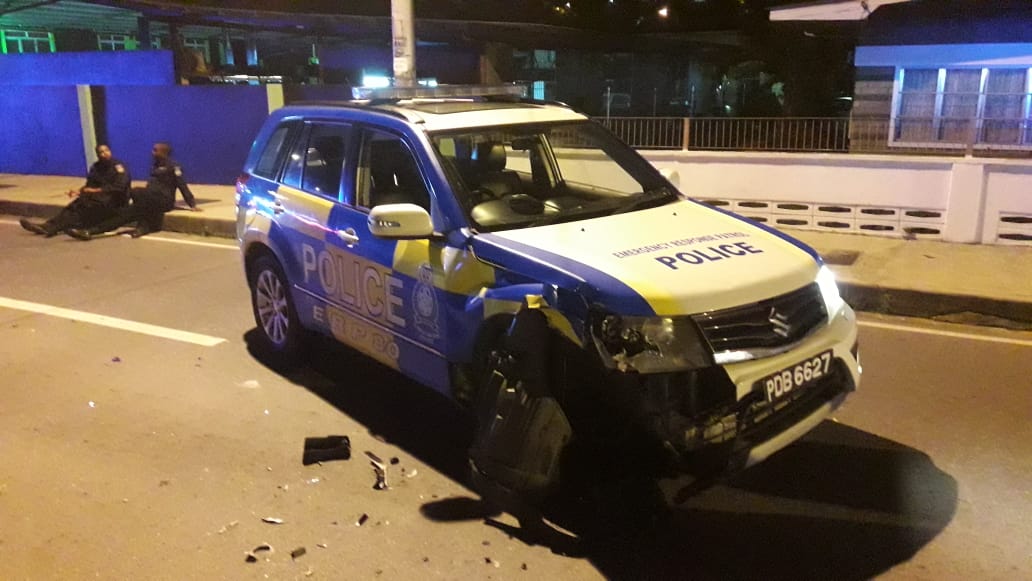 Despite the injuries sustained, the officers caught the men they were chasing and all three suspects, who are from Sea Lots, were arrested.

LoopTT was told that officers, PC Bart and PC Genty, attempted to stop a white Nissan Wingroad around 12:45 am along St Lucien Road, Diego Martin.

Police had received intelligence that the vehicle was bearing false license plates.

The officers attempted to intercept the car but the occupants sped away.

The officers gave chase along St Lucien Road, and were able to catch up with the suspects.

In an attempt to manoeuvre out of the police’s way, the suspects instead came into contact with the marked police vehicle, LoopTT was told.

The officers exited the car and arrested all three men who were in the car.

The vehicle was then traced and it was confirmed that the plates were false. The car had been stolen from the Barataria district in December 2018.

Nothing illegal was found in the car when it was searched, however, police said that the three men matched the descriptions of suspects in recent reports of kidnapping, robbery and sexual assaults which occurred in the St James and Four Roads districts over the weekend.