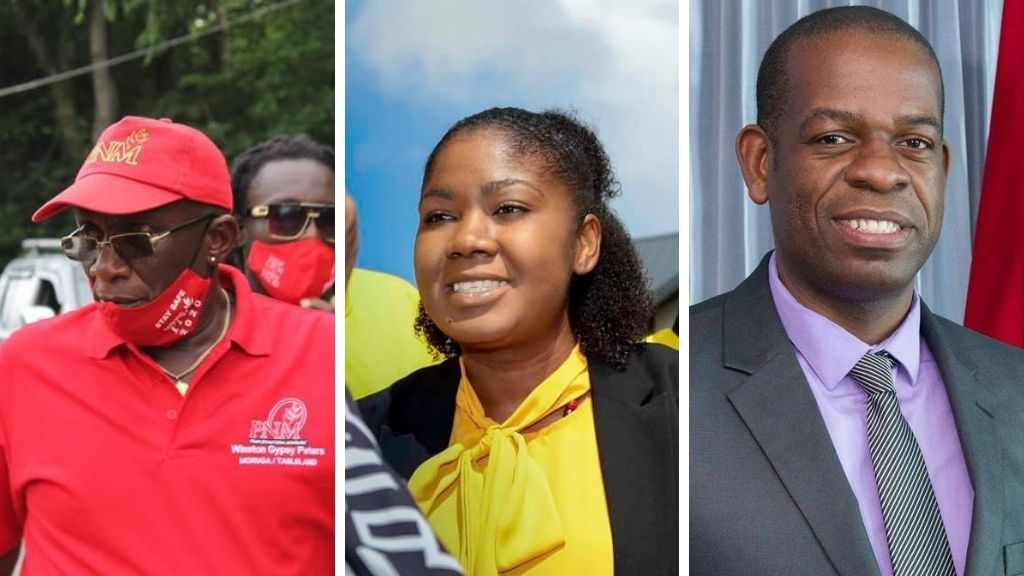 Photos L-R: Winston 'Gypsy' Peters conceded defeat to the UNC's Michelle Benjamin in the 2020 General Election. The PNM selected Peters ahead of Lovell Francis, who is popular within his constituency. Photos via Facebook.

Political analyst Rishi Maharaj says the People's National Movement (PNM) may have erred in their choice of candidate for the Moruga/Tableland constituency, which switched over to United National Congress (UNC) candidate Michelle Benjamin in Monday's general election.

Speaking to Loop News, Maharaj said although there were 19 political parties at this year's general election, the results show that tribal politics is still alive and well.

‘I think what the results show is that the UNC and the PNM are still the major parties for voters. 19 parties went up, such as the PEP, PDP and others, but they didn't make a dent in the results, which suggests that tribal voting is still strong.'

He said the UNC's headway in Moruga/Tableland brings into question the PNM's choice of Winston 'Gypsy' Peters for the seat.

As of Monday night when numbers were still being counted, Benjamin had a lead of 7,425 votes against Peters' 5,082.

'The UNC was able to make good headway in Moruga/Tableland and it remains to be seen whether the PNM was wise in its choice of candidate in Peters. When they announced that (former MP) Lovell Francis wasn’t going up, constituents appeared unhappy with that selection.'

Maharaj noted that following the announcement of Peters' candidacy, citizens in the Moruga/Tableland area expressed dissastisfaction and some people even set debris alight in the road in protest.

Maharaj said that the Elections and Boundaries Commission (EBC) seemed more delayed than usual in bringing the numbers from this year's general election, however he said this may have been due to greater diligence due to the lack of CARICOM observers this year.

'From an EBC perspective it was a slow night in terms of the votes coming in. I think several parts could have played into this; for example, firstly, the COVID-19 pandemic, and whether they wanted to take extra safety precautions, such as the sanitisation of the boxes and so on.'

'Also I think in the absence of election obervers, I think the EBC was taking their time a bit more to make sure that everything was correct so that no accusations of malice and impropriety would be brought against them.'

Overall, Maharaj said he suspects that this year's turnout overall may have been lower, but the data remains to be seen.

'My thinking is that there may have been a lower turnout than the last election. I think the pandemic may have played a part, especially with the recent rise in COVID-19 cases. It could have also been apathy on the part of voters, there are different factors. Many voters may have been dissatisfied with their options in both the UNC and PNM and may have simply decided not to choose.'

Maharaj said this year's election without official observers was unique, but their presence is needed:

'I think parties normally like to have observers as a way to ensure theres no malfeasance in the election. I think it’s a good option across the board, to use either Commonwealth observers or homegrown observers. Generally, for the last 20 years their input has been productive; when you read the reports you will find there may be certain things that could be tweaked to make the process more efficient.'

This year, the PNM declared victory with 22 seats to the UNC's 19.