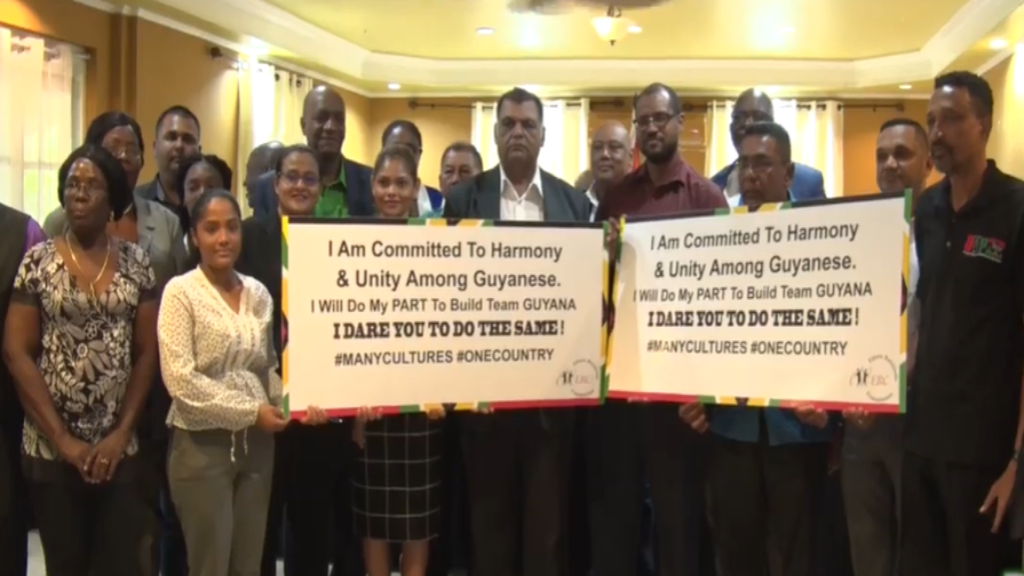 Political party representatives after they signed the code of conduct ahead Guyana's March 2 Regional and General Elections.

Representatives from the 11 political parties that are competing in Guyana’s Regional and General Elections on March 2 have signed a Code of Conduct.

The three-page code was prepared by the Ethnic Relations Commission (ERC).

Political parties have agreed to uphold the Constitution, Racial Hostilities Act, Representation of the People’s Act and refrain from intimidating the media.

By signing the code, parties have also agreed to condemn hate speech.

Speaking after yesterday’s signing, A Partnership for National Unity+ Alliance For Change (APNU+AFC) Election Agent Joseph Harmon said: “We commit ourself to the code and the statements made in the code. On our campaign, we have briefed our candidates and circulated something call a guide to public speaking which embraces some of the tenants that are contained in the code of conduct.”

A New United Guyana General Secretary Hari Ramkarran called for the code to be adopted by the Guyana Elections Commission (GECOM) since “that gives it some official recognition” and the commission can assess whether parties adhered to the rules.