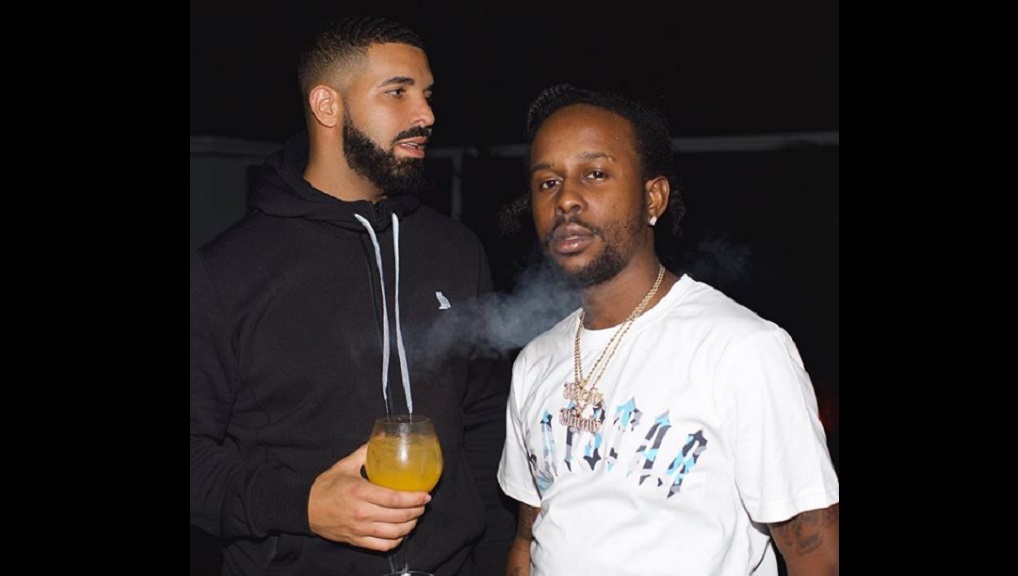 Popcaan (right) with Canadian superstar Drake at the Unruly Fest over the weekend. (PHOTO: Instagram)

Drake made the announcement during a cameo appearance at Popcaan's 'Unruly Fest' at Lyssons Beach in St Thomas on Sunday morning.

"This is something we have worked on for a very long time. I just want to let everyone know, finally, officially, 2019 Popcaan is signed to OVO," the rapper said to thunderous applause from the thousands in attendance.

Popcaan has been friends with Drake for years and has collaborated with the Canadian star on songs such as the hit 'Controlla' single in 2016. In that year, it was reported that Drake gifted the dancehall star a Range Rover Evoque valued at tens of millions of Jamaican dollars.

During his brief appearance at Unruly Fest, Drake rocked the massive crowd by performing the aforementioned 'Controlla' and 'My Chargie', another collaboration with Popcaan. He also gave samples of new songs.