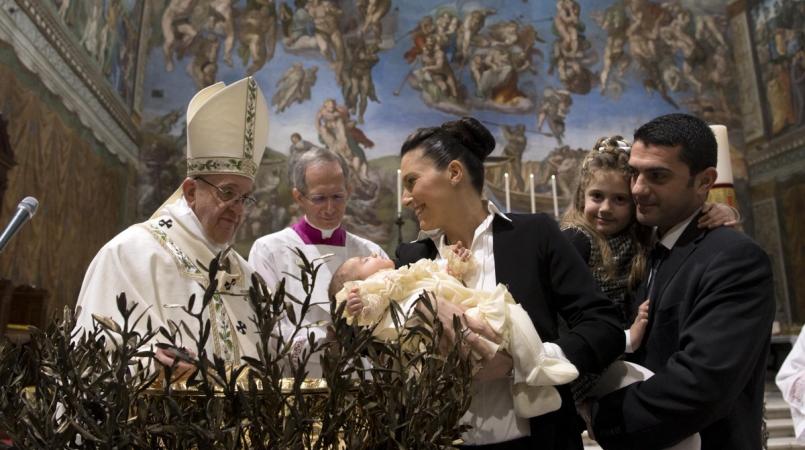 Pope Francis encouraged mothers to breastfeed their babies “as the Virgin Mary nursed Jesus”, during a baptizing ceremony at the Sistine Chapel on Sunday.

“The ceremony is a little long, someone’s crying because he’s hungry. That’s the way it is,” the pontiff said.

“You mothers, go ahead and breastfeed, without fear. Just like the Virgin Mary nursed Jesus,” he said  to mothers as people attended an annual ceremony commemorating the baptism of Jesus.

Pope Francis baptized 28 babies in the Sistine Chapel, joking when their cries became a crescendo that "the concert has begun."

He kept his remarks short, noting the babies could be upset by a new place or perhaps were awakened early for the ceremony Sunday morning in the chapel decorated by Michelangelo and where popes are elected in closed-door conclaves.

Parents approached Francis one by one, with mothers holding their babies, dressed in finery.

Francis pronounced each child's name as he performed the sacrament formally welcoming them into the Catholic church.

Some babies slept through it all; other fussed. At least one woman nursed her infant.

On Saturday, the pope will baptise eight infants born in quake-devastated central Italy.