Pope on sex abuse: "We showed no care for the little ones" 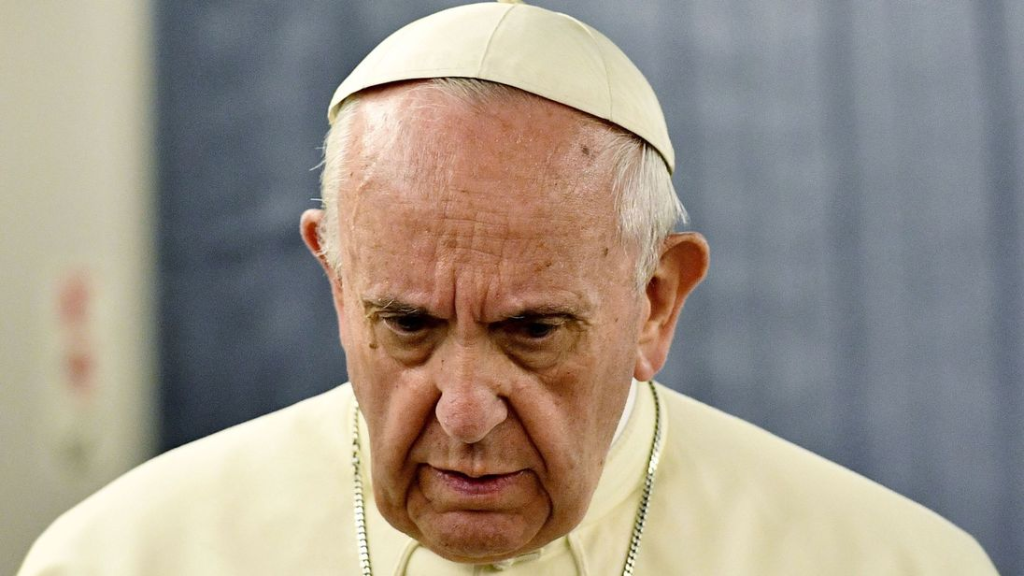 In this Sunday, Aug. 19, 2018 file photo, Pope Francis prays for the victims of the Kerala floods during the Angelus noon prayer in St.Peter's Square, at the Vatican. Pope Francis has issued a letter to Catholics around the world condemning the "crime" of priestly sexual abuse and cover-up and demanding accountability, in response to new revelations in the United States of decades of misconduct by the Catholic Church. (AP Photo/Gregorio Borgia, File)

Pope Francis issued a letter to Catholics around the world Monday condemning the "crime" of priestly sexual abuse and its cover-up and demanding accountability, in response to new revelations in the United States of decades of misconduct by the Catholic Church.

Francis begged forgiveness for the pain suffered by victims and said lay Catholics must be involved in any effort to root out abuse and cover-up. He blasted the self-referential clerical culture that has been blamed for the crisis, with church leaders more concerned for their reputation than the safety of children.

"With shame and repentance, we acknowledge as an ecclesial community that we were not where we should have been, that we did not act in a timely manner, realizing the magnitude and the gravity of the damage done to so many lives," Francis wrote.

"We showed no care for the little ones; we abandoned them."

The Vatican issued the three-page letter ahead of Francis' trip this weekend to Ireland, a once staunchly Roman Catholic country where the church's credibility has been damaged by years of revelations that priests raped and molested children with impunity and their superiors covered up for them.

Priestly sex abuse was always expected to dominate the trip, but the issue has taken on new gravity following revelations in the U.S. that one of Francis' trusted cardinals, the retired archbishop of Washington Theodore McCarrick, allegedly sexually abused and harassed minors as well as adult seminarians.

In addition, a grand jury report in Pennsylvania last week reported that at least 1,000 children were victims of some 300 priests over the past 70 years, and that generations of bishops failed repeatedly to take measures to protect their flock or punish the rapists.

In the letter, which was issued in seven languages and addressed to the "People of God," Francis referenced the Pennsylvania report, acknowledged that no effort to beg forgiveness of the victims will be sufficient but vowed "never again."

He said, looking to the future, "no effort must be spared to create a culture able to prevent such situations from happening, but also to prevent the possibility of their being covered up and perpetuated."

Francis didn't, however, provide any indication of what concrete measures he is prepared to take to sanction those bishops — in the U.S. and beyond — who covered up for sexually abusive priests. Francis several years ago scrapped a proposed Vatican tribunal to prosecute negligent bishops, and he has refused to act on credible reports from around the world of bishops who have failed to report abusers to police or otherwise botched handling cases, and yet remain in office.

In Chile, where a church sex abuse scandal exploded earlier this year, Francis strong-armed the 31 active bishops to offer to resign en masse over their handling of abuse. So far he has accepted five of their resignations.

Unlike the U.S. bishops' conference, which has referred only to "sins and omissions" in their handling of abuse, Francis labeled the misconduct "crimes."

"Let us beg forgiveness for our own sins and the sins of others," he wrote. "An awareness of sin helps us to acknowledge the errors, the crimes and the wounds caused in the past and allows us, in the present, to be more open and committed along a journey of renewed conversion."

Vatican in 'shame and sorrow' over abuses in Pennsylvania