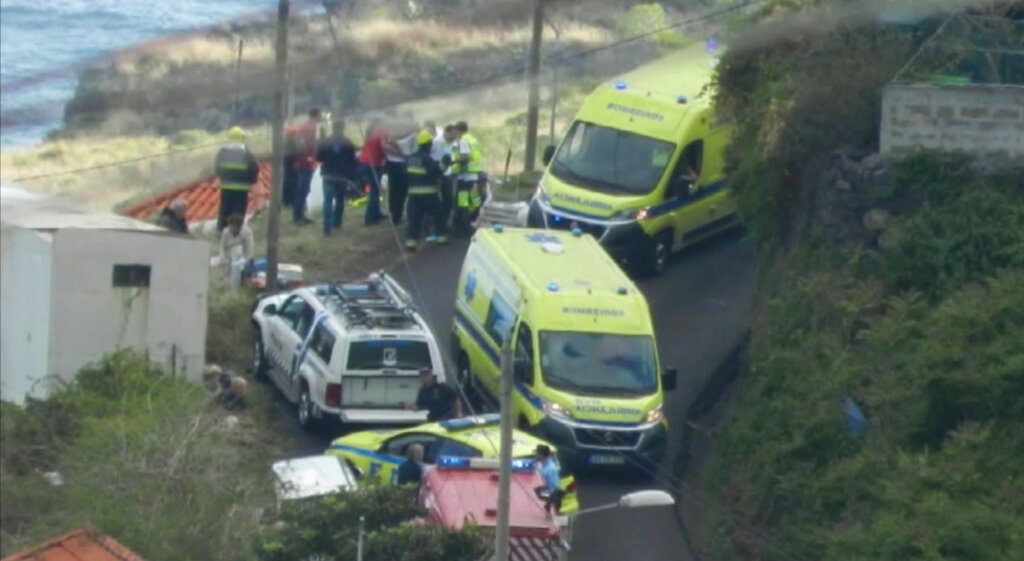 Authorities on Portugal's Madeira Island were working Thursday to identify the victims of a tour bus crash that killed 29 people and injured 28 others, many of them German tourists who were onboard.

The bus carrying 55 people rolled down a steep hill after veering off the road on a bend east of Madeira's capital, Funchal, on Wednesday evening when it was still light and in fine weather.

Authorities said they are investigating the cause and would inspect the bus for mechanical problems.

Portuguese officials have not yet identified the victims by name or nationality, saying they are still collating information.

The bus was carrying German tourists, as well as a Portuguese driver and guide. People at the roadside are also thought to be among the casualties.

Tomasia Alves, head of the Funchal hospital, said authorities hope to have a list of victims by Saturday. She said the victims were roughly between 40 and 60 years old and included no children.

She said 28 people were taken from the accident scene to a morgue, and another person died later in hospital.

German Chancellor Angela Merkel expressed "sadness and shock" at the accident. "My sincere sympathy goes especially to all of the families who have lost their loved ones in this tragedy," she said.

Rescue services used two cranes before dawn Thursday to pull the bus, which was lying on its side with part of its roof torn off, from the crash site, local media reported.

The wall of a house, which appeared to have halted the bus's fall, was smashed in. Parts of the bus, including seats, and items of clothing littered the grassy hillside, which looks out over the Atlantic Ocean.

The tourists reportedly were staying at the nearby Quinta Splendida, a hotel restored from a 19th-century manor house.

Madeira, off the coast from northwest Africa, is a popular vacation destination for Europeans due to its mild climate and lush, hilly landscape.

A German pastor on Madeira praised the medics who cared for the survivors.

Ilse Everlien Berardo told German broadcaster n-tv Thursday the survivors she spoke to were "in a state of shock."

She said Madeira officials "immediately looked for people on the island who speak German."

"Even though the doctors and nurses cared touchingly for the injured it's also always important to hear your mother tongue and get a few words of attention," she said.