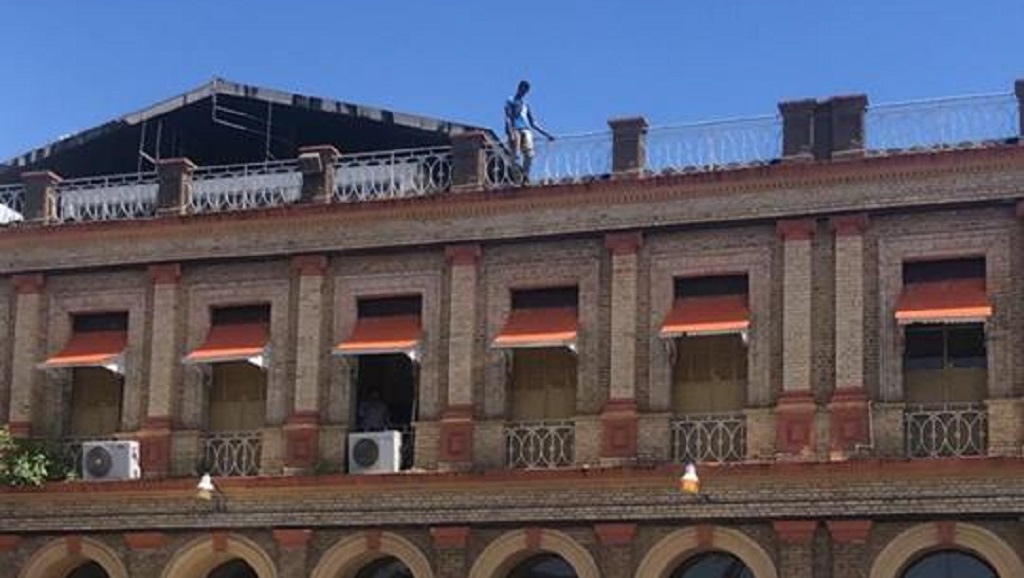 A man who was seen on the roof of the Port of Spain General Hospital on Tuesday was taken in for treatment, the North West Regional Authority (NWRHA) said.

Video footage shared by onlookers showed the man, who remains unidentified due to confidentiality laws.

The NWRHA said the man was seen on the roof around midday and was coaxed down from the roof by onlookers and medical staff.

“The North West Regional Health Authority (NWRHA) wishes to state that around 12:00 noon today security personnel attached to the Port of Spain General Hospital observed an adult male on the rooftop of the building.”

“Members of staff responded and convinced the gentleman to descend. He was immediately taken to the hospital’s Accident and Emergency Department for assessment.”

“The NWRHA respects the individual’s right to confidentiality and cannot divulge any further information on this matter.”

“The Authority thanks all members of staff involved in the efforts today.”

Persons suffering with depression or other mental health concerns are encouraged to contact Lifeline TT on 800-5588 or visit them on Facebook at www.facebook.com/ttlifeline