Pothole repair gets priority for Carnival 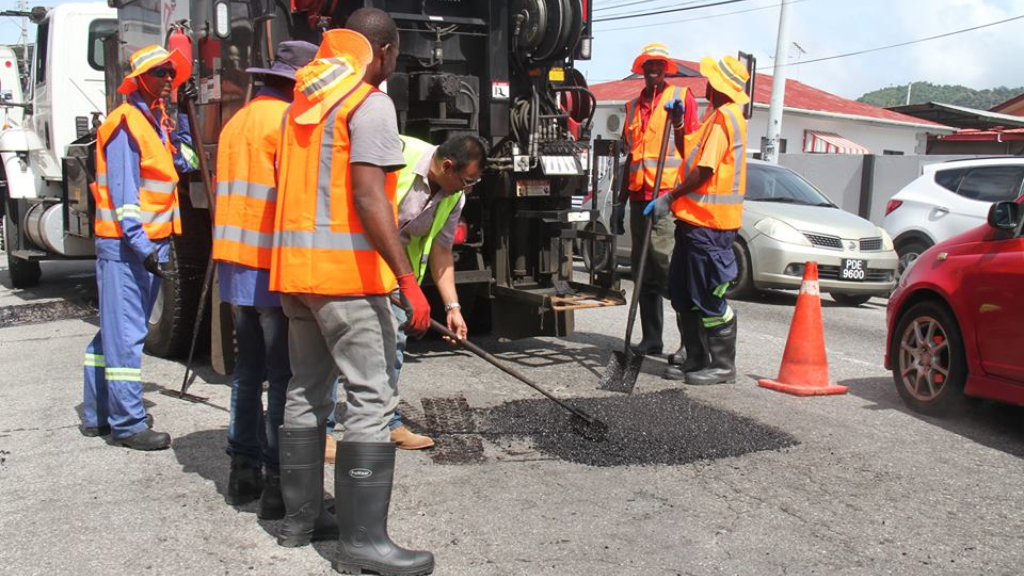 The Ministry of Works and Transport has launched a road repair programme aimed at repairing potholes along major carnival routes in time for Carnival Monday and Tuesday.

The programme was launched on Saturday at the Ministry's offices at Richmond Street, Port of Spain.

Minister of Works and Transport Rohan Sinanan said the Ministry has mapped out the entire city of Port of Spain and identified 56 areas in need of road repair work.

The work will begin this weekend and continue throughout the week, he said.

But he said other Carnival cities will be targeted, including Point Fortin and San Fernando.

Sinanan said the aim was to ensure a comfortable Carnival experience for masqueraders using the roads.

But he said the programme will continue even after the Carnival season, as the Ministry seeks to repair some 8,000 potholes that have been identified across the country.

He added that the programme would not require extensive funding as all the necessary equipment is already owned by the Ministry. He said the only expense would be payment to workers and this, too, would be minimised by using Ministry staff.

He said the works will be done mostly during the week to avoid incurring overtime costs.

Questioned whether conducting road repair works during the work week would result in traffic disruptions, Sinanan said this was a sacrifice the public would have to make for progress.

Sinanan said the Ministry of Public Utilities is crucial in the success of the initiative as many of the potholes that exist around the country have been caused by workers from the Water and Sewerage Authority (WASA) who dig up roads to repair water leaks.

Minister of Public Utilities Robert Le Hunte said this was indeed the case.

“WASA is one of the contributors to the fact that some of the roads are filled with potholes,” he said.

“WASA has been engaging in a massive leak repair programme and that has contributed to an extent in the digging up of the roads in an attempt to fix the leaks. I have heard the complaints about the roads being left in a state after WASA fixes leaks."

Le Hunte said his Ministry would work with the Ministry of Works and Transport to ensure leaks are fixed before potholes are repaired.