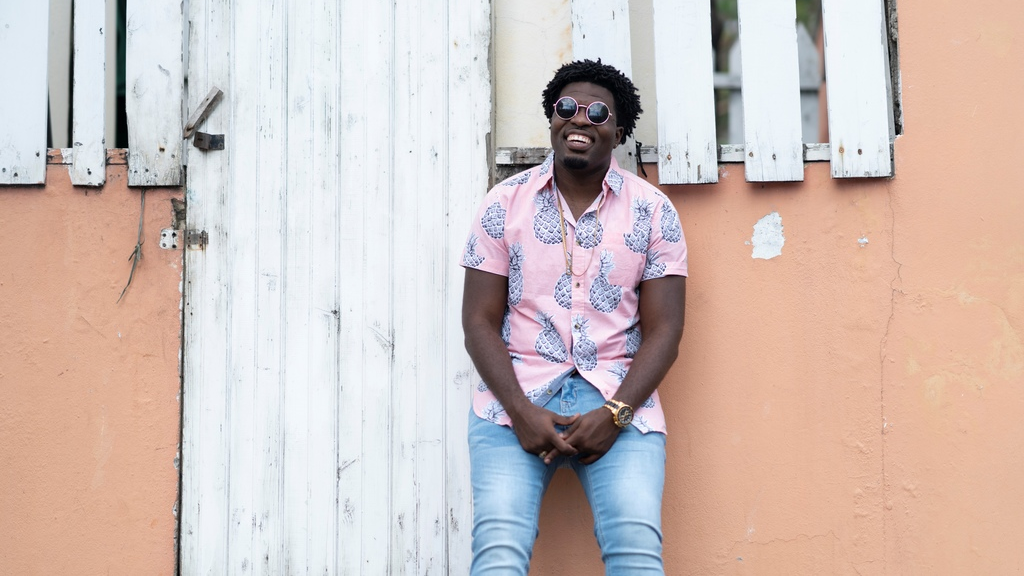 With his first album, the Maloney Project EP, Preedy is giving his fans a different side of himself.

The EP, influenced by his life growing up in Maloney, is five tracks of reggae and soca infused songs that reflect a more sombre side of the artist known best for his work in soca.

On ‘Pray’, Preedy, real name Akeem Chance, in collaboration with singer Shakeem “Kimme” Spencer, appeals to God for the bad boys and gangsters to change their ways.

The soulful song was inspired by the murder of two of Preedy’s friends in the Maloney community.

“That was a blow. We had a football group and ZZ and Ramon were the glue. I knew them since I was a youth man…when they passed away it was a blow because they were innocent guys and this year I know people in gangs but I never saw them as gang members and they passed away due to gun violence. “Pray” was me using my platforms to create awareness. I did it for the ones that were lost in Maloney and others across Trinidad and Tobago,” said Preedy in a candid interview.

Describing the project as a seriously personal one, Preedy, 28, said it is all about connecting his fans with who he is.

“I wanted to do something to represent where I am from. Home is an important foundation and I wanted to establish my foundation and show them appreciation music-wise. The concept is that I see Maloney different from the way it is seen in the media, there are many positives. We have an indoor basketball court, a football team, the Maloney Government primary school is number one in hockey this year, so I wanted to showcase positivity in Maloney by using my platform,” he said.

In keeping with his goal, Preedy will be putting his money where his mouth is by spearheading a project to uplift the Maloney Government Primary School.

“I am trying to refurbish it, get aid for the school, support for the teachers, counseling for kids, and upgrade the syllabus to be more world inclusive. I went to that school. I didn’t become a banker, lawyer or any of those things but I was naturally gifted and I didn‘t learn financial responsibility, I had no support, no old boy association. We have to start preparing students for success at the primary school level and create avenues for success.

“One of the biggest problems with Maloney is that it is a bedrock of natural talent with nowhere to go. I want to see the school build a family, check up on the children, give them the encouragement to make it, to make the school look good and come back and give,” he said.

To really get his feelings across on the project, Preedy chose to veer away from soca.

Like others of his generation, Preedy believes that to bare his soul and emotions, he has to do it in another genre.

“We can’t do it to the depth to what we want to in soca because of the foundations upon which it was built. Soca was created as a kind of paradigm to positivity, so it is 100 percent good all the time and even if it starts off bad it ends with triumph or with you doing good.  But when you look at songs like ‘Pray’ the tone I wanted was basically for someone to sit down and seriously reflect,” he explained.

“Soca moves in waves and I do not want to take away anything from soca, it is the balance that we need across all genres. It is perfect for its desired effect which is to bring joy and cause people to congregate and forget your daily stress but artistes have to find a way to express themselves and with the current musical boom going on, now is the time to experiment.”

Apart from giving fans an insight into who he is and what shaped him, The Maloney Project served as a bigger mission in Preedy’s career.

The EP was done to help him understand the business side of the music industry.

“The Maloney story EP started off as a project to basically help me understand the business side of my music. I felt we were too comfortable releasing riddims that we had no control over, singles being all over the place and not really understanding the marketing process behind the music. So I opted for a project of this size during the offseason to get everyone to sharpen their skill set and push them to limits they haven’t been pushed,” he said.

Releasing the album at a time when new soca releases are debuting is risky but Preedy said, with he pushed himself to release the EP because it went past the deadline four times. It was really intended for that centre season between Carnivals.

Preedy, like Erphaan Alves and Nailah Blackman, believes releasing music outside of the Carnival season is key for their growth.

“With the successes I have had, I am now even more comfortable releasing out of season. When a soca artiste releases out of season they are taking a financial risk. It is easier for me to rock back on the success of my 2019 hit “Lost and Found” all year but I have been successful with “Pray”, it is the fastest-growing song for me, so now I trust myself. I now understand Preedy this is what you are birthed to do…and I am now learning to trust my chest, my vibes and I am allowing that to lead. I am only seeking out knowledge to help myself musically on a business end,” he explained.

In keeping with the new business learnings, Preedy will soon launch a website and has been hitting the gym for his rebranding.

He has already worked on his Carnival 2020 offerings and will soon release his first song. His show, which he first held this year, will return on his birthday in February.

Too Much Talent: Erphaan Alves scores with No Season initiative