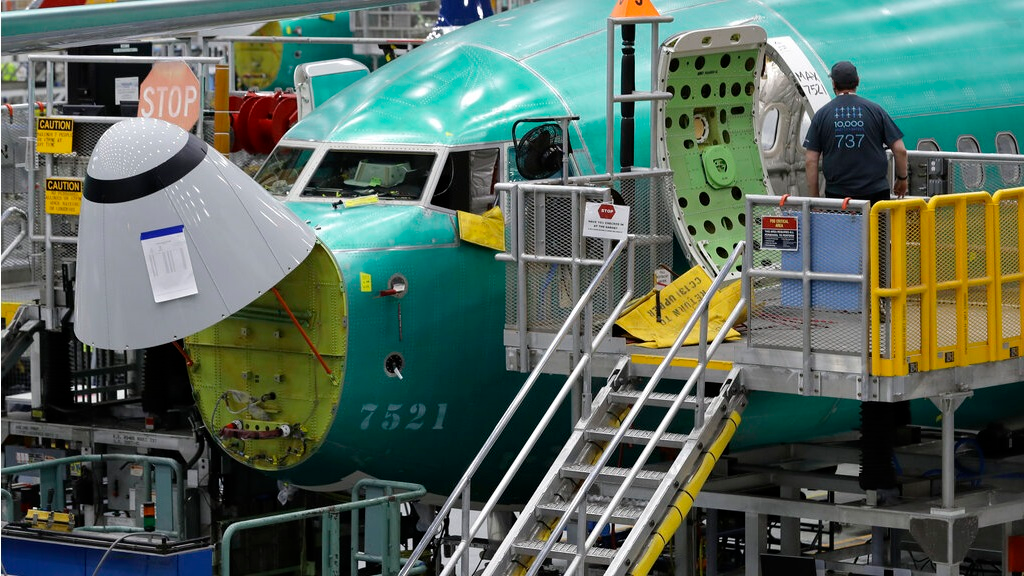 The pilots of a doomed Ethiopian Airlines jet followed all of Boeing's recommended procedures when the plane started to nose dive but still couldn't save it, according to a preliminary report released Thursday by the Ethiopian government. The plane crashed just six minutes after takeoff, killing all 157 people on board.

The report, based on flight data and cockpit voice recorders on the Boeing 737 Max 8, was not released in full. Boeing declined to comment pending its review of the report.

The Max 8 has been under scrutiny since a Lion Air flight crashed off the coast of Indonesia under similar circumstances in October. Thursday's revelations raise questions about repeated assertions by Boeing and U.S. regulators that pilots could regain control in some emergencies by following steps that include turning off an anti-stall system designed specifically for the Max, known by its acronym, MCAS.

Investigators are looking into the role of MCAS, which under some circumstances can automatically lower the plane's nose to prevent an aerodynamic stall. The Max has been grounded worldwide pending a software fix that Boeing is rolling out, which still needs to be approved by the U.S. Federal Aviation Administration and other regulators.

The Ethiopian Airlines jet crashed just after taking off from Addis Ababa on March 10.

Ethiopian investigators did not specifically mention the MCAS, but recommended that Boeing review "the aircraft flight control system related to the flight controllability." They also recommended that aviation officials verify that issues have been adequately addressed before allowing the planes to fly again.

Boeing is the focus of investigations by the U.S. Justice Department, the Transportation Department's inspector general, and congressional committees. Investigations are also looking at the role of the Federal Aviation Administration in the U.S., which certified the Max in 2017, declined to ground it after the first deadly crash in October. The agency was also reluctant to ground the planes after the Ethiopian Airlines crash and was among the last agencies to do so.

The FAA, which must certify the 737 Max is safe before it can go back into the air, said in a statement that the investigation is still in its early stages.

"As we learn more about the accident and findings become available, we will take appropriate action," the agency said.

The statement did not say if the FAA would review the Max's flight control system as recommended by Ethiopian investigators, and FAA spokesman Greg Martin would not comment beyond the statement. Boeing is working on improvements to the MCAS software that would make it less aggressive in pointing the nose down and easier for pilots to disable. The FAA has said it will review the software before allowing the Max to fly again.

The agency said Monday that it anticipates Boeing's final software improvements for 737 Max airliners "in the coming weeks."

But it wasn't clear whether the Ethiopians are seeking just that or a broader update in the Max's flight controls.

What also isn't clear is whether the Ethiopian pilots followed Boeing's recommendations to the letter in dealing with the system repeatedly pointing the nose down.

The pilots initially followed Boeing's emergency steps by disconnecting the MCAS system, but for an unknown reason, they turned the system back on, an official familiar with the crash investigation told The Associated Press on Wednesday. The official spoke on condition of anonymity because at the time, Ethiopian investigators had not released their preliminary report. Boeing's procedures instruct pilots to leave the MCAS system disconnected and continue flying manually for the rest of the flight.

Ethiopian investigators did not address that issue at its press conference, saying only that the pilots had done what they were supposed to.

"The crew performed all the procedures repeatedly provided by the manufacturer but was not able to control the aircraft," said Minister of Transport Dagmawit Moges.

However, Moges told The New York Times after the press conference that the pilots turned MCAS on and off, but she couldn't say how many times. That will be addressed in the final report, she said.

In a statement Thursday, Ethiopian Airlines said its pilots followed Boeing instructions. "Despite their hard work and full compliance with the emergency procedures, it was very unfortunate that they could not recover the airplane from the persistence of nose diving," the airline said.

David Hasse, an aviation analyst and editor of industry publication airliners.de in Berlin, says it is significant that the report found that the pilots followed the proper procedures, because that links the case more closely to the Lion Air crash.

"What is special about this case is that two crashes seem to have a very, very similar reason. This is something that is very rare in aviation. The question is whether the Boeing 737 Max should have been grounded after the Lion Air crash and before the Ethiopian Airlines crash," said Hasse.

He noted that crash reports are not meant to assign legal blame and that it is too soon to know what the legal implications might be for Boeing, but it clearly raises the pressure on the company.

"If pilots sit there and follow the rules that have been given to them by the manufacturer, then they should be able to rely on the fact that they are correct," Hasse said.