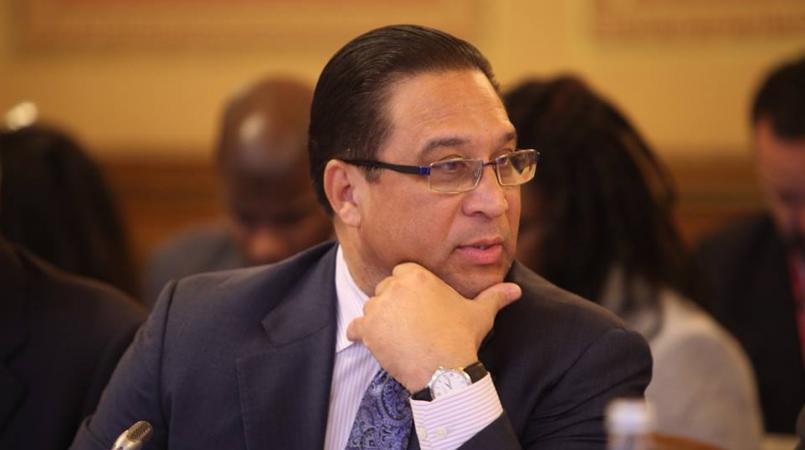 Premier Alden McLaughlin during a meeting of the Legislative Assembly on Wednesday said that he wants the elected government to be allowed to play a greater role in matters relating to national security.

He also reiterated the need for the UK Government to rethink the position of the Governor.

The Premier’s comments come on the heels of a recent uptick in aggravated robberies, which has left usually tranquil and quaint communities across the island concerned about crime, particularly gun and violent crimes.

McLaughlin told the Legislative Assembly that while the elected government is often held accountable by the public to address the matter of crime, he said that the government is not empowered to deal with the issue.

According to the Premier, it is, by way of the island’s constitution, the Governor who has responsibility over matters related to security, while the elected members simply sign off on funding for the police service.

“All of us in this House are held accountable by the public for reducing crime, even though our main opportunities to do so rely on our control of the budget and on the views of the Commissioner at the time, and the Governor at the time who has constitutional responsibility for all aspects of internal security, including the RCIPS,” said McLaughlin

"Because of this Mr. Speaker, you and the wider public would have heard me mention on several occasions that the UK Government needed to rethink the position of the Governor having full responsibility for the RCIPS," he added.

"Our role needs to extend beyond merely voting funds for the police,” pressed McLaughlin.

To effectively deal with the problem of crime, the Premier called for a revival of the National Security Council which was created by a constitution provision in 2009.

McLaughlin said that the council was created to give the elected members a greater role in security issues, however it has only functioned as a mere ‘talk shop’

McLaughlin further added that for national security goals to succeed they need to become a shared responsibility of the Governor and the elected Government.

“It is too big and too important an issue to be the Governor’s alone,” said McLaughlin.

Quoting Section 58.4 of the Constitution McLaughlin charged,“The National Security Council shall advise the Governor on matters relating to internal security, with the exception of operational and staffing matters, and the Governor shall be obliged to act in accordance with the advice”.

However, McLauglin said that every Governor since 2009 when the Constitution came into effect, has never accepted that the advice of the  National Security Council, instead the advice has been treated like a “ suggestion to be considered” and not necessarily as “advice that was to be followed”.

“We are at a critical juncture, where national security issues are increasingly a concern to the people of this country,” said McLauglin.

“With a new Governor arriving this is certainly an opportune time for a reset regarding the NSC and for the UK’s representative and the elected members of the Legislative Assembly to share authority for internal security,” he added.

McLauglin further proposed the establishment of a Cayman Islands Police Authority whose role would be to allow for the sharing of authority between the Governor and elected members regarding strategic police matters.