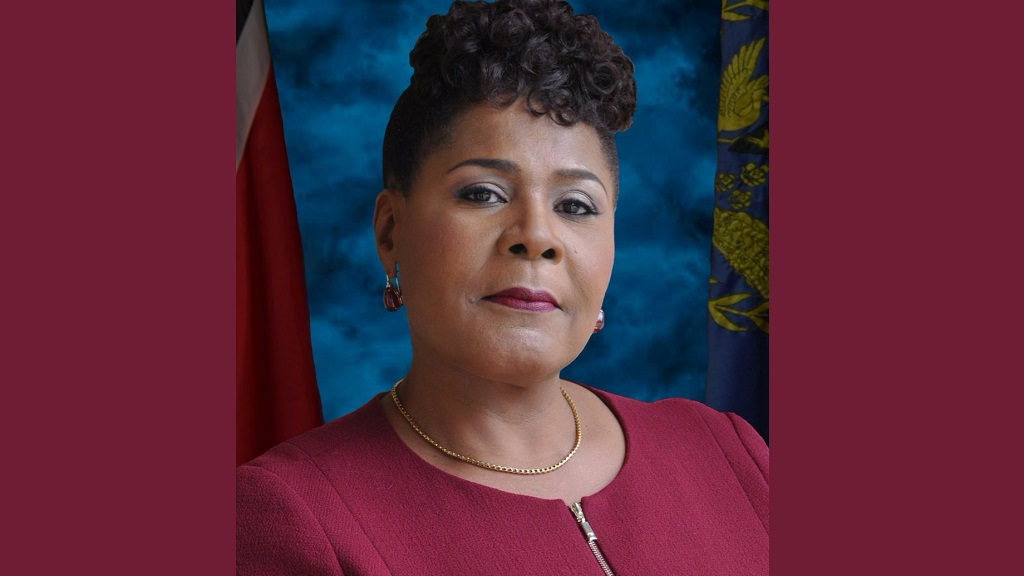 The Office of the President chided the Trinidad Guardian for publishing a Letter to the Editor with ‘false information’ regarding the granting of an Order of the Republic of Trinidad and Tobago.

Communications advisor to President Paula-Mae Weekes, Cheryl Lala, responded to someone called A. Charles from Mt Hope, who asked why Weekes received the award, asking what she had done to deserve it, claiming that the granting of the award would challenge the impartiality of her decisions. 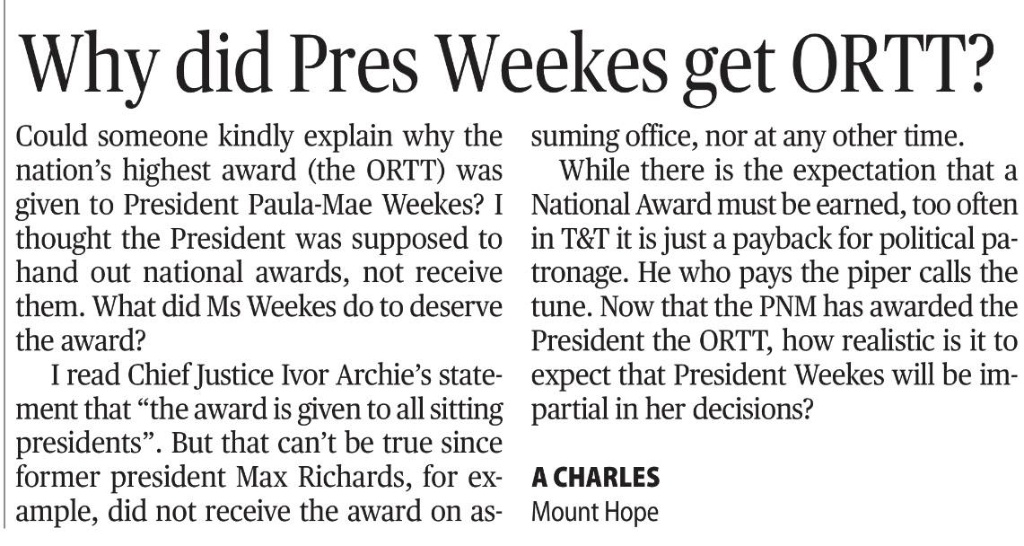 Mr Charles also claimed former president Maxwell Richards did not receive an award, which was incorrect.

The President’s Office asked however why the Guardian did not verify the information before publishing it.

“I write in response to a letter by one A. Charles of Mount Hope published in the Trinidad and Tobago Guardian of Tuesday, November 20, 2018 in which the letter writer asked why Her Excellency Paula-Mae Weekes ORTT had been conferred with an Order of the Republic of Trinidad and Tobago. The letter also stated that President George Maxwell Richards had never received an ORTT.”

“One wonders why a newspaper of such repute as the Guardian would publish a letter questioning the integrity of the Head of State based on false information.”

“For the benefit of the letter writer and your readers here are the facts: the highest national award is conferred automatically to the holder of the highest office, if such holder has not already been so awarded.”

Weekes said the only exception to this custom has been Sir Ellis Clarke, Governor General 1972-1976 and President 1976-1987 who had been awarded the Trinity Cross in 1969 “for Drafting the Constitution of Independent Trinidad and Tobago” prior to his appointment as Governor General.

She said the claim that President Richards never received an ORTT is true only because no such award existed at that time.

“May I also point out that it is not only Presidents of Trinidad and Tobago who receive the ORTT automatically because of the office they hold. The practice is the same in the case of our Chief Justices.”

“The Office of the President hopes that this answers, once and for all, the question of the awarding of the ORTT to President Paula-Mae Weekes. We trust that the Guardian will in future, check the veracity of the claims contained in letters from the public before publishing them. And we look forward to the publication of this missive correcting those inaccuracies,” the President’s Office said.