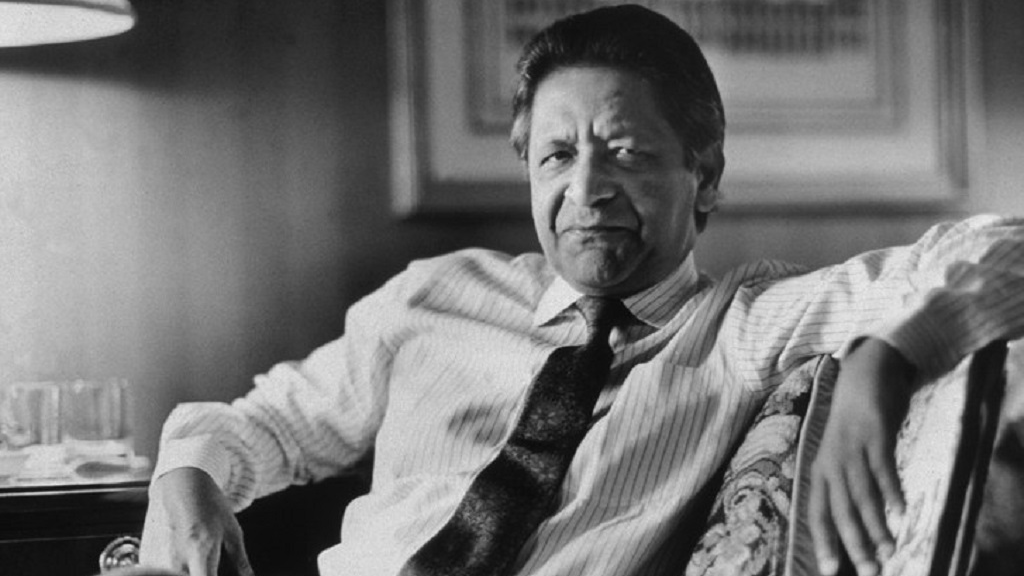 In a statement issued Monday after the passing of Sir Naipaul on Saturday August 11, 2018, Weekes said he often challenged the status quo and helped inspire generations of Caribbean writers.

"I join with all citizens of Trinidad and Tobago in extending sincere condolences to the family and loved ones of Sir Vidia Naipaul, who passed away in England on Saturday at the age of 85."

"Sir Vidia was a renowned author and literary giant whose success helped to inspire entire generations of Caribbean writers. His masterful storytelling captivated his audiences and infused them with a love of reading."

"Many of his stories, in which we recognised ourselves, have been set for study by Caribbean students, awakening in them the realisation that great writers could come from among us and emboldening them to follow along the path."

"Without doubt, Sir Vidia was an immensely gifted purveyor of truths, with an unparalleled ability to capture the vagaries of life in a post-colonial society. His passion for literature was reflected in the intensity of his many works which routinely challenged the status quo."

"His often unsparing analyses provided millions of people around the world with a glimpse into his formative years in Trinidad and subsequent life in England."

"Sir Vidia’s achievements reflected his work ethic and talent for writing, winning the Booker Prize in 1971 and the Nobel Prize in Literature in 2001."

"Though we mourn his passing, we celebrate his undisputed legacy and significant contribution to the literary landscape of Trinidad and Tobago.  His voice will continue to be heard through his enduring and well-loved literary masterpieces," Weekes said.

Born Vidiadhar Surajprasad Naipaul in Trinidad, Naipaul published more than 30 books including his masterpiece House for Mr Biswas, Mimic Men, Miguel Street, Mystic Masseur and A Bend in the River.

He won the Booker Prize in 1971 and was awarded the Nobel Prize in Literature in 2001.