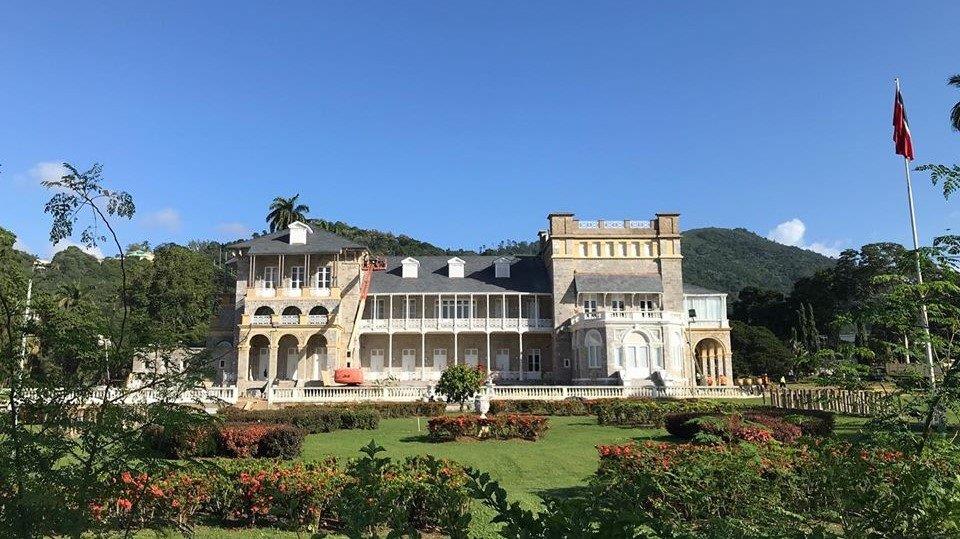 President Paula Mae Weekes can now officially move into President's House as restoration work on the historic building has been completed.

The project was handed over to the Office of the Prime Minister on Friday by the Urban Development Corporation of Trinidad and Tobago (UDeCOTT).

The restoration cost some $89 million and UDeCOTT Chairman Noel Garcia said the building will now be able to withstand a massive earthquake.

Speaking with reporters during a tour of the building, Garcia noted that the building had been badly damaged by an earthquake in 2007 which caused the entire second floor to collapse.

During restoration work this year, another earthquake damaged the building, causing setbacks in completing the project.

However Garcia expressed confidence that the restoration has been done to code and will not be easily damaged by earthquakes in the future.

“It could withstand an earthquake probably of 8 point something because we restored with the view that Trinidad is in an earthquake zone...and all the seismic codes have been followed.”

The project was undertaken by Marcel and Leela Labban of Unicom Ltd, with support from architect Alison Grosberg and specialist restoration architects Max Ojeda and Andres Botero and a UDeCOTT team.

Marcel Labban told reporters that the earthquake in August 2019 caused the completion date of the project to be pushed back but he said there were no "eye-raising" extra costs because of the damage.

The building has already been fully furnished and decorated for the Christmas season.

One of the bedrooms, according to Grosberg, contains antique furniture that is over 100 years old.

UDeCOTT handed over the keys to the Office of the Prime Minister which will oversee handing over to the President.

Garcia however assured that it was not the end of UDeCOTT's involvement in the project as UDeCOTT is responsible for implementing a maintenance plan.

“UDeCOTT will not walk away from the project, we will work alongside Her Excellency’s staff and the National Trust to ensure that this building is maintained and preserved long into the future,” he said.