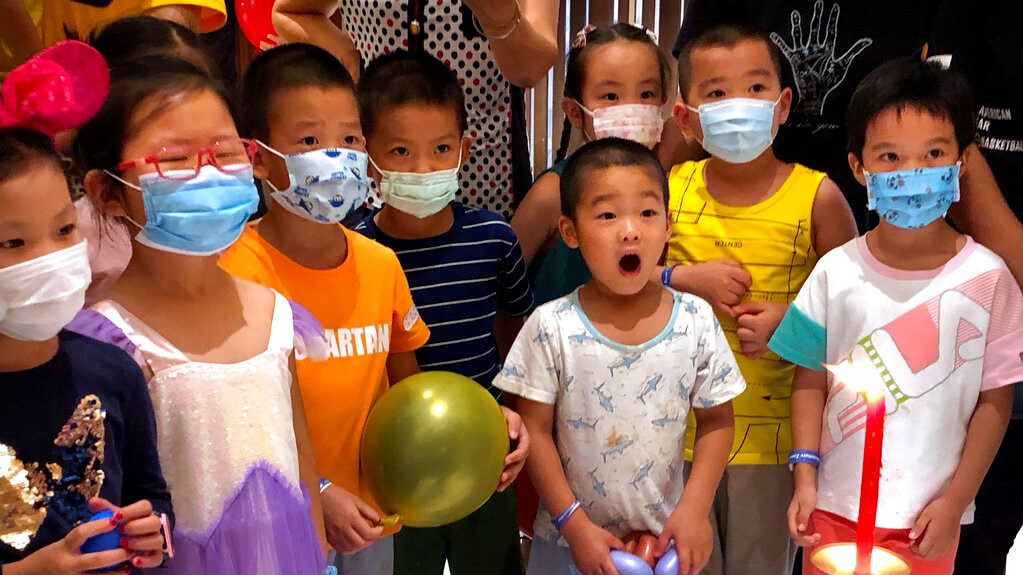 Children wearing face masks to protect against the coronavirus watch a clown magician perform at a shopping mall in Beijing, Saturday, Aug. 15, 2020. China's government reported a few dozen new confirmed coronavirus cases on Saturday, the majority of which were found in travelers arriving from overseas.

Pressure is growing on the French government to require masks in all workplaces and everywhere in public as coronavirus infections resurge.

Paris police stepped up mask patrols Saturday as the French capital expanded the zones where face coverings are now required in public, including neighborhoods around the Louvre Museum and Champs-Elysees shopping district.

With cases in Paris rising particularly fast, police can now shut down cafes or any gathering of more than 10 people where distancing and other hygiene measures aren't respected.

France's High Council for Public Health published new guidances Friday recommending "the systematic use of masks in all enclosed collective places, public and private" – including workplaces. About half of France's current virus clusters started in workplaces.

In an appeal published in the daily Liberation, a collective of medical workers urged a nationwide return to working at home, which France largely abandoned after two months of strict lockdown.

France recorded more than 2,800 new cases Friday, up from a few hundred daily cases a month ago. While the rise is in part attributed to increased testing, the rate of positive tests is also growing, and is now at 2.4%. However, the number of virus patients in French hospitals and intensive care units has not risen so far.

Paris and Eugene Diamond League meetings cancelled due to coronavirus

The Latest: Paris police ban protest due to virus concerns