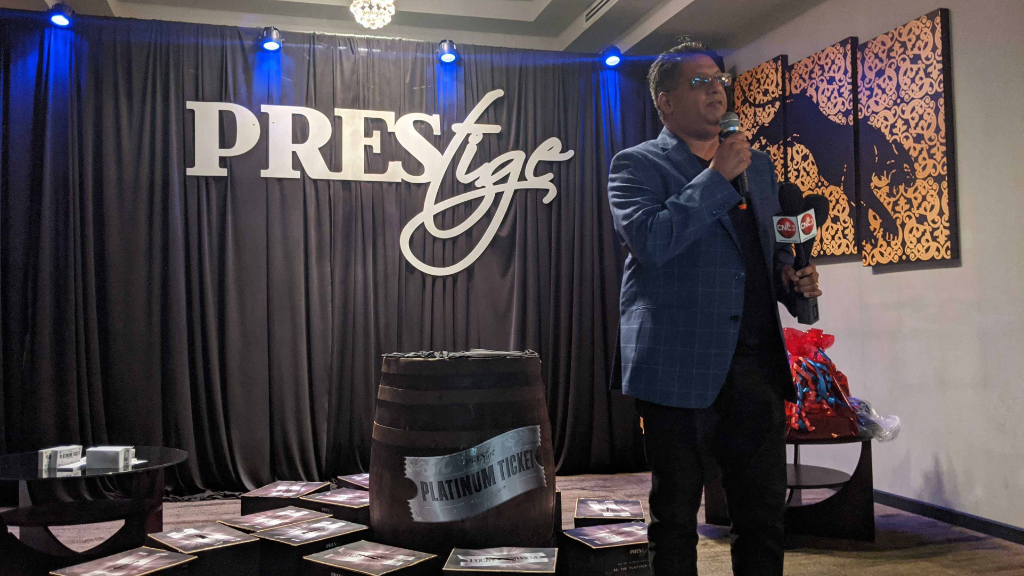 PREStige has comfortably labeled itself as one the most premium, all-inclusive events in Carnival to touch the southland.

This year, celebrating a decade in bringing quality, the Presentation College San Fernando Past Students' Association promises that this year will be bigger and better than ever.

Head of the PREStige Foundation, Stephen Samlalsingh says he’s happy to see that the event has stayed the course.

“It really feels good because a lot of the fetes have not been able to make it to five years and here we are at ten years still selling out. We feel vindicated that we’ve given the patrons what they wanted and they keep coming back for more so we’re really happy to celebrate ten years,” he said.

The Association held their media launch for the event this week where they gave patrons a hefty taste of what they could look forward to this year.

Colourful masqueraders, drink stations and light foods all on deck, the Association launched ‘PREStige X’; themed in celebration of year 10.

Samlalsingh says there’s a special pride attached to being able to give back to the College.

“We’ve been able to give the College a refurbished squash court with the help of Royal Bank, a school bus with the help of Republic Bank and all on our own, we’ve done over the staff room, the staff lounge, we’ve air conditioned the school, we’re doing the tennis court now and there’s a whole field that we’ve had since 1965 and now it has lights thanks to T&TEC. We’re working on a pavilion and a number of other things to build that facility and we’re sharing it with the community,” he explained.

A Pres-man himself, Attorney General, Faris Al Rawi also attended the launch. He said he, like other past students, stays very active in the school and he’s confident in the school’s contributions to the community.

Applauding a long line of past students from Presentation College, including former Prime Ministers Patrick Manning and Basdeo Panday, Al Rawi says they’ve always found it important to uplift the school in whatever way they could.

“We’ve got a proud history and we’re happy to do our small part, whether it’s in opposition or in government, we’re all proud to be Pres,” he added.

PREStige X will be held on February 2, at the school’s compound on Carib St, San Fernando.