Preysal gets state of the art CNG service station 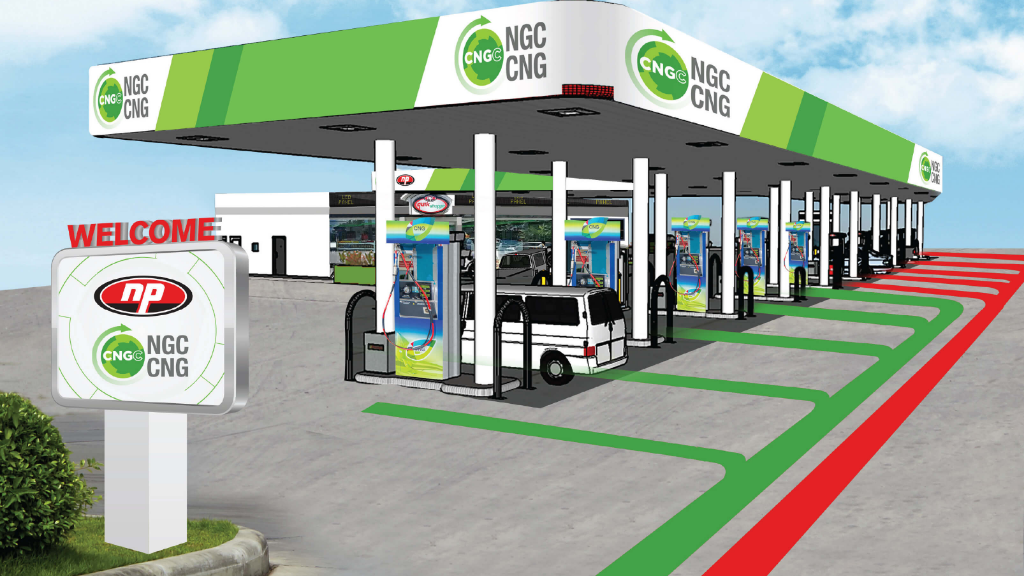 A CNG and multi fuel service station is being constructed on the western side of the Preysal Interchange in Couva, and is expected to cater to residents and commuters along the Sir Solomon Hochoy Highway.

The facility, proposed to be the largest in the Caribbean, is being constructed by parent company The National Gas Company (NGC), in partnership with the National Petroleum Marketing Company Limited (NPMC).

The fueling station represents Phase 1 of development work at the site, with a planned Phase 2 on completion of the station in 2019.

The Preysal station will be a flagship CNG station and will offer fast filling options for CNG customers, including electronic payments.

“We have thousands of dedicated CNG users and this station is strategically positioned to service North-South commuters, transportation vehicles in the retail distribution and energy sectors and public transport.”

“In keeping with this country’s renewable energy mandate, solar technology will also be employed at the station, with the installation of solar panels on the canopy to power the station and to offer electric vehicle charging in the first phase,” he continued.

The station boasts 20 filling lanes, 10 with CNG, which will cater for extra heavy-duty trucks, buses, maxi taxis, light duty trucks and sedans, and 10 offering the full range of liquid fuels.

Curtis Mohammed, NGC CNG President added that traffic is a factor that was considered in the construction of the new facility.

“The station which will include a Quik Shoppe, will be accessible to North and South bound traffic on the Solomon Hochoy Highway in a seamless manner, as well as those who live and work in the area, including the bustling Pt Lisas Industrial Estate.

Traffic flow will be optimised so that there will be little impact to the Preysal Interchange.”

He indicated that initial mobilisation work has begun with the site being hoarded and all safety precautions being observed.

Mohammed said public consultation was held with the residents and other key community stakeholders who expressed support for the station.