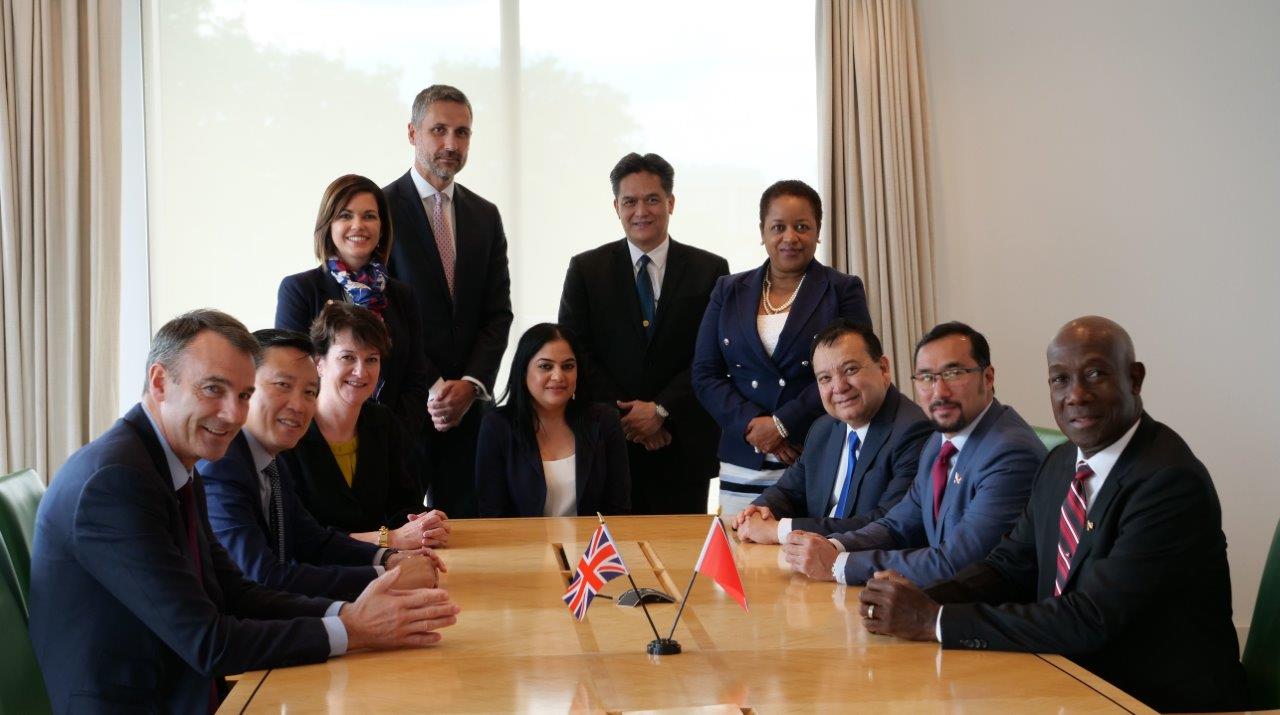 Prime Minister Dr Keith Rowley led a delegation on Thursday 30 May to a meeting with a high-level team of BP executives at the company's headquarters in London.

The Trinidad and Tobago delegation included Minister of Energy and Energy Industries Franklin Khan, Minister of National Security, Communications and Minister in the Office of the Prime Minister, Stuart Young, Minister in the Ministry of Finance, Alyson West and President of the National Gas Company Mark Loquan.

A release from the Office of the Prime Minister says the 90-minute meeting at BP’s Head Office at St. James Square in London, U.K. was informative and productive.

The energy company updated the Prime Minister and his delegation on the platform fabrication taking place for them at TOFCO’s Yard in La Brea.

The parties concluded the meeting by reaffirming their commitment to the growth of the energy sector as they scheduled the continuation of negotiations between the empowered teams which are expected to begin in the middle of June in furtherance of specific objectives relating to the restructuring of Atlantic LNG, acceleration of field investigation, exploration, production as well as discussions surrounding a large number of E&P licenses.