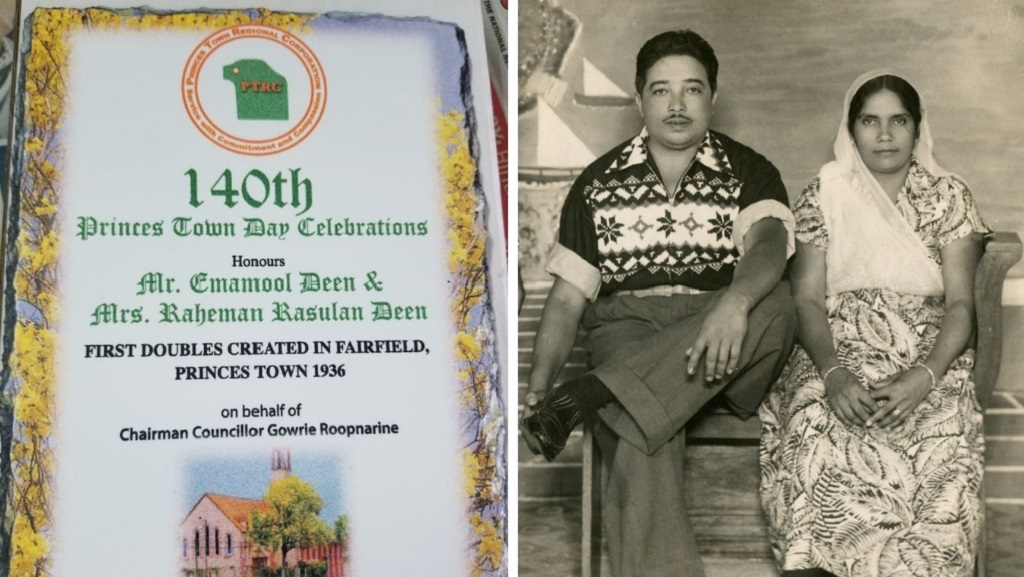 A family credited by many as creating one of the country’s most famous street foods has been honoured by the Princes Town Regional Corporation.

Author of “Out of the Doubles Kitchen: A Memoir of the First Family of Doubles”, Badru Deen, said his parents Emamool Deen and Rasulan Deen were the creators of doubles as the dish is known in Trinidad and Tobago today.

Deen shared a social media post on Wednesday showing a certificate which was given to the Deen family, as part of the city’s 140th Princes Town Day celebrations.

Deen said his father Emamool Deen would have celebrated his 103rd birthday on that day, which made the moment even more special.

“After 84 years since they created this humble delicacy in Princes Town in 1936 which became the number one street food of the nation, Emamool Deen and his wife Rasulan Deen were posthumously honoured by the Princes Town Regional Corporation at its 140th Princes Town Day Celebrations.

“The award is a wonderful birthday gift to Emamool Deen who would have been 103 years old today, January 22, 2020.”

“The Deen family thanks the Princes Town Regional Corporation and in particular Councillor Rafi Mohammed for their posthumous recognition of our parents for their contribution to the nation,” he said.

Deen said the award was presented to one of the couple’s sons, Shamaloo Deen, who runs the last outlet of Deen's Doubles in Santa Cruz Old Road, San Juan, Trinidad.

From Princes Town to Santa Cruz

Rasheda Deen told Loop News that her father, Jamaloo Deen, worked at the family's doubles' store from the tender age of 13 and is credited with carrying on the family legacy.

Rasheda Deen, who shares a birthday with her grandmother Rasuleen Deen, said her father Jamaloo worked tirelessly, cycling from Santa Cruz after the family moved there from Princes Town, all the way to San Juan every day to continue the family's doubles business.

"When grandad died, my dad continued the business with his mother at their house. It’s because of my dad that they branched out and set up a shed in San Juan. Then they branched out further into the San Juan Market.”

Rasheda said her other uncle, Shamaloo Deen would visit from abroad and help out during peak periods such as Christmas and Carnival.

She said after his passing, the business moved to her home and her mother carried on the business for seven months, which was difficult as she and her siblings were still young.

She said the business was then purchased by her uncle, Shamaloo Deen, who now runs Deen Doubles at Pole 52, Santa Cruz Old Road.

She said her father would be very proud.

“It would make him so proud to see this. This was the only thing he knew, growing up from Princes Town to Santa Cruz. This was his life.

"He worked really hard, he rode that bike day in, day out, sun or rain. Sometimes he would come home soaking wet. He worked to build our house with doubles. No loans were taken out to build our home, that was his accomplishment."

The origin of doubles

Badru Deen said in his book that doubles was created in 1936 in Princes Town by his parents. His father, Emamool Deen, passed away at 62 in 1979. 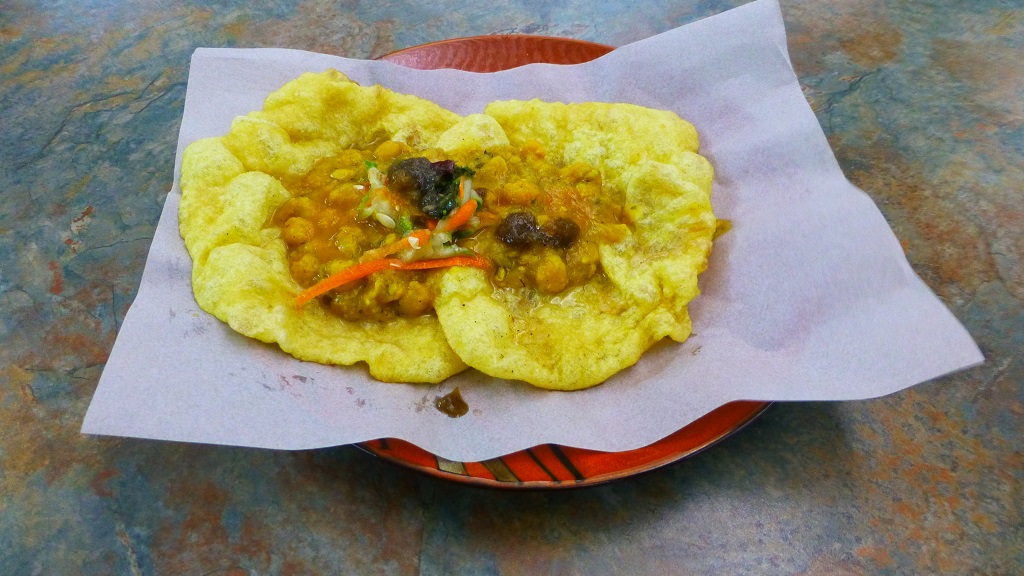 He said it’s believed that doubles originated from the Indian dish chole bhature, which is a combination of chole (channa masala), spicy chickpeas and bature (poori), a fried puffy bread made of maida flour which is used in Indian pastries and breads.

Deen said he has tasted chole bhature in various parts of India and said the two dishes are ‘world’s apart’.

“I can attest to the taste and culinary differences between chole bhature and Doubles. They are literally worlds apart, as Trinidadian curries and chutneys have evolved with their own creatively distinctive presentation, ingredients, and taste characteristics,” he said.

Doubles is now sold in many major cities including London, New York City, Toronto, Miami, Tokyo among others.

For more information on "Out of the Doubles Kitchen" see here: https://www.amazon.com/Out-Doubles-Kitchen-Trinidad-Tobago/dp/0615855369

Editor's note: this article has been amended to include the contributions of Jamaloo Deen to the Deen legacy, as told by his daughter Rasheda Deen.