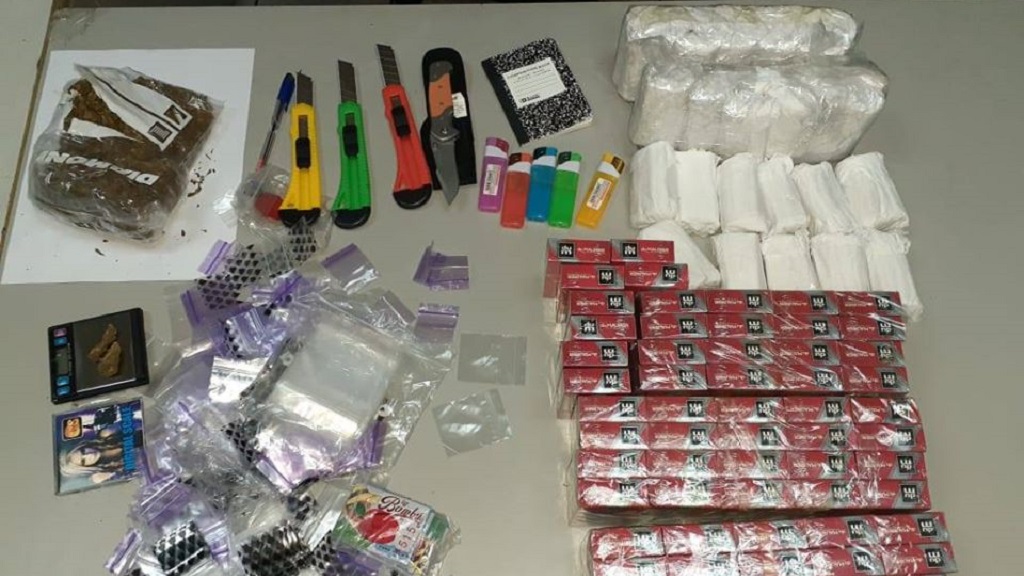 Commissioner of Prisons, Gerard Wilson has commended the keen and diligent work of the officers on duty at the Port of Spain Prison, who confiscated a bag which was thrown over the prison wall along Gordon Street, Port of Spain.

The incident took place around 5.00 pm on Sunday evening.

Officers of the Emergency Response Unit, through the use of intelligence apparatus, were able to detect and confiscate the bag before it got into the hands of any inmates.

The package was found to contain a substantial quantity of illegal and unauthorized Items, including cigarettes, box cutters , a penknife, a scale, wrapping paper, lighters, three-quarter-pound of marijuana, a notebook and a pen.

The matter was reported to officers of the Central Police Station who are now conducting an investigation.

Commissioner Wilson issued a brief statement on the incident, where he thanked the officers for their diligence and reiterated to members of the public that it is a criminal offence to engage in activities of this nature and that they are punishable by a term of imprisonment.