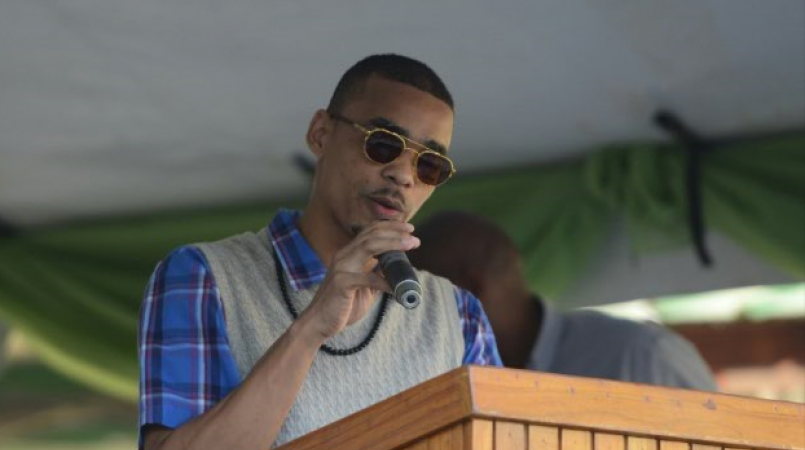 Mikado Toussaint represents one of the biggest problems facing the justice system in Trinidad and Tobago.

He is among a growing population of prisoners serving time in remand yard while awaiting trial.

The 30-year-old, who has been locked up since 2011, has found solace in poetry which he started writing two years ago under the guidance of Debbie Jacobs.

Jacobs, an author, spends time teaching English in the prison as well as the Youth Training Centre (YTC).

Toussaint, winner of the Bocas Lit Fest Poetry competition in 2016, was among a group of prisoners who got the opportunity to read their poetry before an audience of their fellow inmates and those who ventured to the Port-of-Spain prison on Frederick Street for an instalment of the Bocas Lit Fest called Voices from Inside.

He said in school he once wrote a mini speech but never knew he was capable of doing poetry. He expressed his desire to publish a book of poetry.

Voices from Inside featured readings of excerpts of the book "Incarceration Nations" from Baz Dreisinger. The book chronicles Dreisinger’s journey to nine countries to examine justice systems.

Dreisinger, an English Professor at John Jay College in New York, runs a Prison to College pipeline programme that allows prisoners to begin their college degrees while incarcerated.

Machel Montano, Kees Dieffenthaller and Anya Ayoung Chee read excerpts from the chapter looking at how the arts is used in prison in Jamaica and Uganda.

John and Briggs are death row prisoners and were only allowed to read their poetry before they were taken away.

Some of the poems were from Jacob's book "Wishing for Wings".

Prison Band Outfit International provided the entertainment and backed up Kees for his song “Lion”.