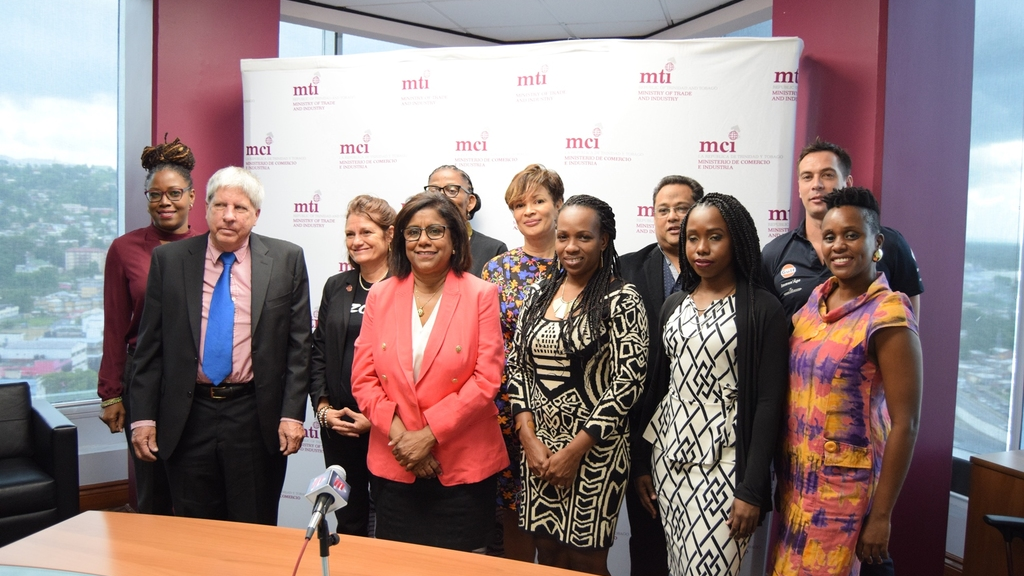 Six local film producers were recipients of film rebate cheques distributed by Senator the Honourable Paula Gopee-Scoon, Minister of Trade and Industry on Wednesday at the Ministry’s Head office in Port of Spain. The distribution ceremony underscored the support of the Government of Trinidad and Tobago for the continued development of the film industry and its commitment to issuing the approved film rebates.

Minister Gopee-Scoon emphasised that the Film Production Expenditure Rebate Programme which is administered by FilmTT is an important tool in the country’s competitive arsenal.

"This programme currently provides a cash rebate to local and foreign film producers for production expenditure incurred while filming in Trinidad and Tobago," she said. "The rebate includes refunds for the acquisition of local services related to the rental of equipment, accommodation, transportation, police, fire and ambulance services, ground transportation, location fees, and cast and crew”.

The Minister also noted that “the Film Rebate offers a tiered system of 12.5% to 35% rebate on a minimum expenditure of TT$630,000 up to a maximum of TT$51,200,000 for foreign production companies filming on location in Trinidad and Tobago.  However, for local film producers, the programme offers a 35% rebate for expenditure from TT$100,000 up to a maximum of TT$51,200,000.  An additional rebate of 20% is granted on the labour cost incurred in the hiring of local labour (i.e. citizens of Trinidad and Tobago) for a film production”.

The Trade and Industry Minister congratulated the respective companies on their outstanding productions, the wealth of talent nurtured and developed, and the successes achieved – all of which continue to place Trinidad and Tobago on the global radar.

Green Days by the River now on Vimeo on Demand