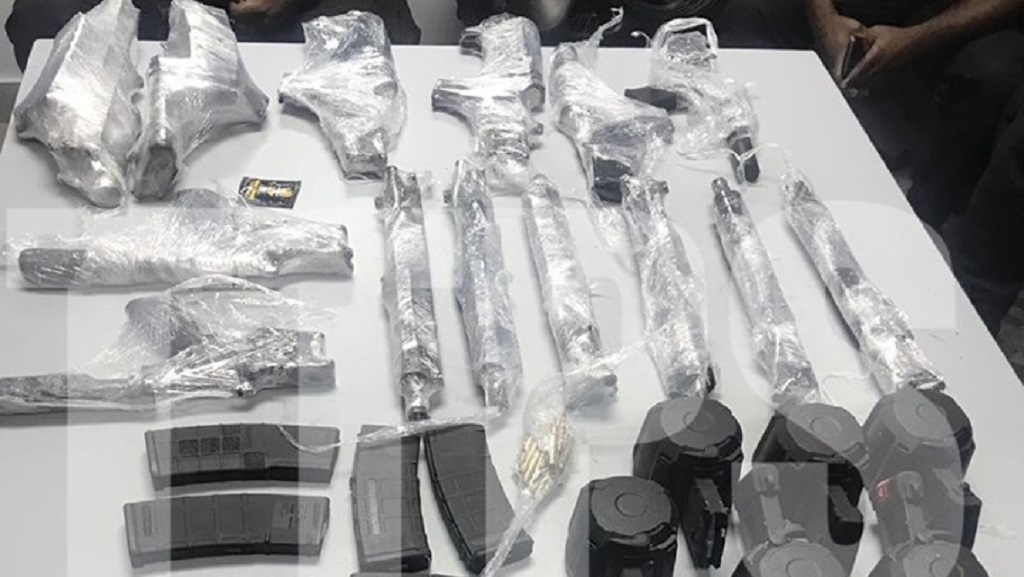 Minister in the Ministry of the Attorney General Fitzgerald Hinds, said Cabinet has agreed to propose an amendment to the Bail Act to restrict bail for anyone charged with possession of automatic weapons, grenades and other listed prohibited weapons, including first offences.

Hinds was speaking at Thursday’s post-Cabinet media briefing, following a statement issued by Police Commissioner Gary Griffith that a man had been granted bail after he was held with nine automatic weapons.

The amendment proposes to restrict bail for anyone charged with possession of an illegal firearm, where the weapon is a prohibited weapon listed under the Firearms Act, though the charge is a first offence.

“We got Cabinet’s approval to take to Parliament an amendment to the Bail Act. If a person is charged with possession, though for the first time, of a prohibited weapon, their bail should be restricted in accordance with the Bail Act. That is to say, for 120 days, where the actual trial process has not yet begun.”

“In addition to that, we have created in the last amendment to the Firearms Act the new offence of trafficking in firearms. In this case if you are caught with more than one firearm you are deemed to have had them for the purpose of trafficking,” he said.

“So we now say if you are charged with the offence of trafficking, though the first time, because it involves possession of more than one firearm, you too should experience a restriction in the normal bail arrangements as assured under the Constitution,” he said.

Under the Firearms Act a prohibited weapon is defined as “any artillery or automatic firearm, (or) any grenade, bomb or other like missile, (or) any weapon of whatever description or design which is adapted for the discharge of any noxious liquid, gas or other thing.”

Under the Bail Amendment Act, bail can be denied for 120 days to anyone charged with a listed offence that is punishable for a term of imprisonment of ten years or more. This includes firearm-related offences and addresses repeat offenders charged with offences listed in Part II of the First Schedule to the Act.

Police Commissioner Gary Griffith urged Government to review the laws governing bail for charges concerning assault weapons after a 19-year-old who was held with the weapons was granted bail.