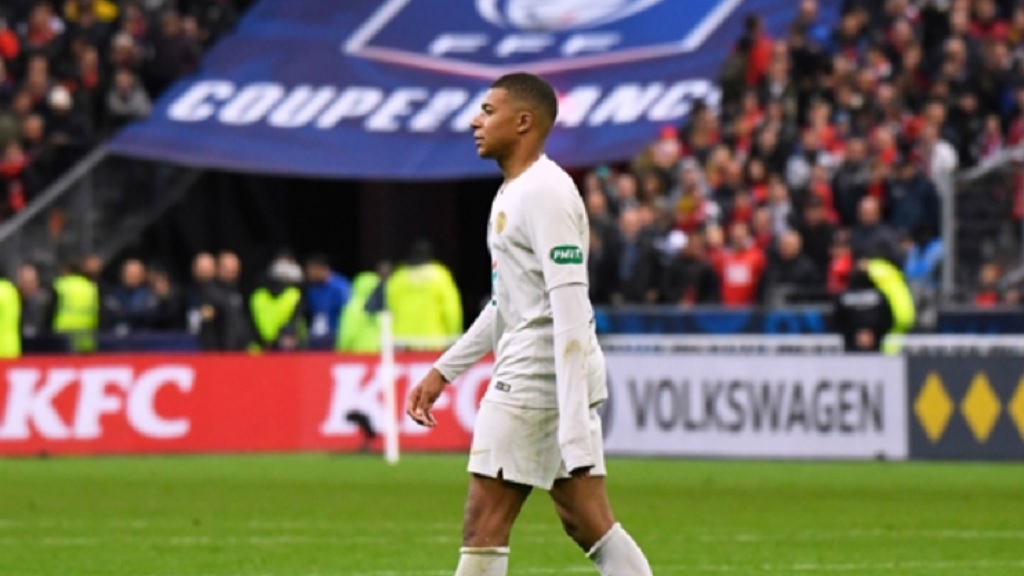 Kylian Mbappe has been handed a three-game ban by the French Football Federation (FFF) for his red card in Paris Saint-Germain's (PSG) Coupe de France final defeat to Rennes.

The 20-year-old was sent off by referee Ruddy Buquet for a shocking challenge on Damien Da Silva near the corner flag late in extra-time with the match level at 2-2.

Without Mbappe available to take a penalty, PSG lost the shoot-out 6-5 to miss out on a domestic double, having already wrapped up the Ligue 1 title.

The FFF's disciplinary committee announced on Friday that the France international will sit out three matches.

Mbappe was banned for the 3-2 loss to Montpellier in midweek and will now also miss the league meetings with Nice and Angers.

Disciplinary proceedings have also been opened up against Neymar, who let his frustration get the better of him after the match as he appeared to punch a fan.

Neymar was making his way up the Stade de France stands to receive his runners-up medal when he was confronted by a supporter, leading to the scuffle that could potentially land him a hefty suspension.

The Brazilian forward is reportedly facing a ban of between three and eight matches when the FFF returns its verdict.

Mbappe doesn't have to leave PSG to be world's best – Pele