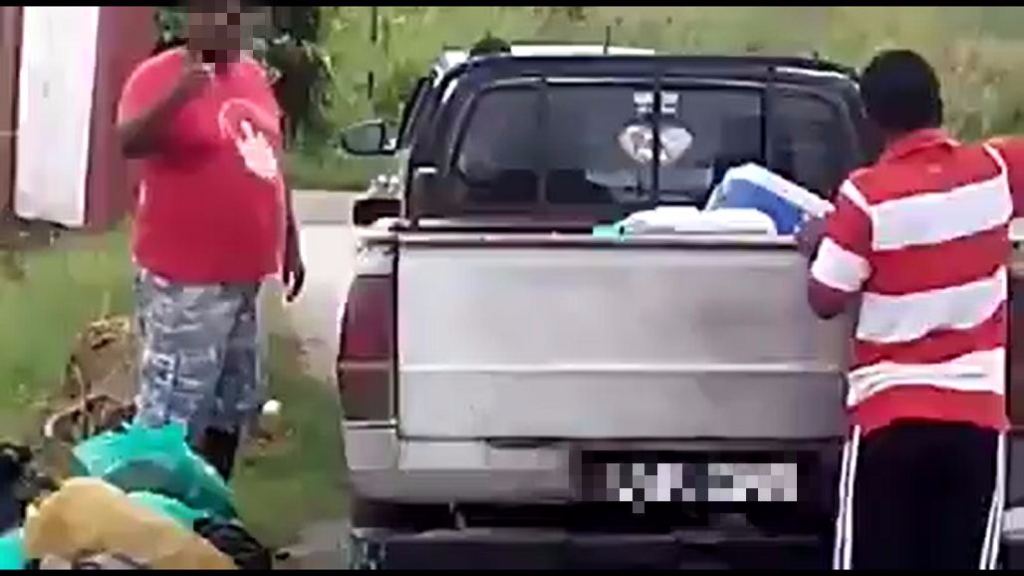 Speaking to LoopTT,  Lynch said that the man, a local pundit, was recorded on video dumping several bags of garbage at a roadside in the area, but said he was forced to carry out the act as the garbage truck was not collecting garbage on his street. 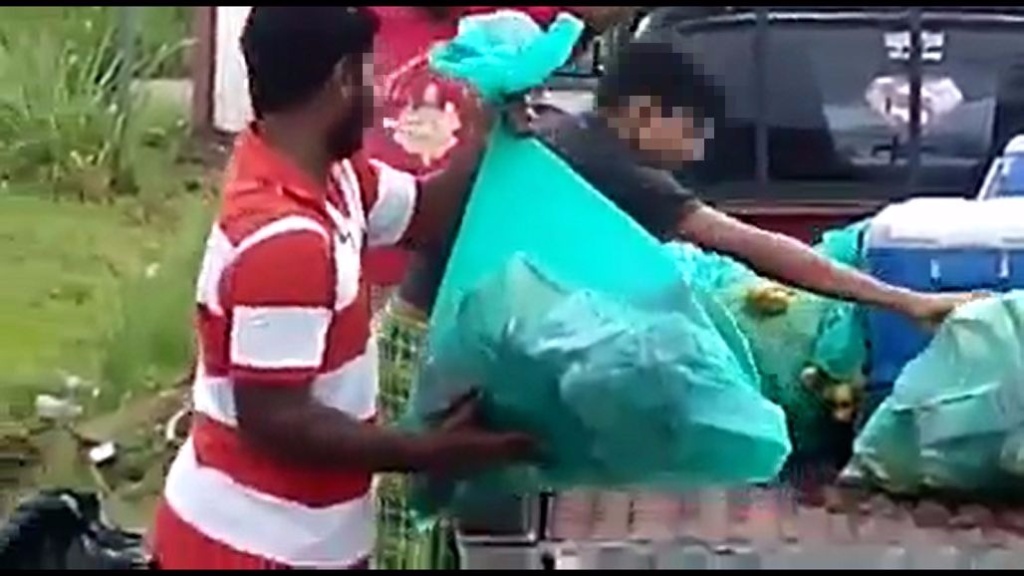 (Photo: Several others, including a person who appeared to be a minor, assisted the man).

"Allyuh littering the place boy," the person recording the video could be heard saying.

"The rubbish trucks don't come up by me...take the van number and do what you want, I don't give a damn," the man said in reply.

Lynch said officials are investigating to see whether his claims are true, however she said they have not had, to date, any other complaints of this kind.

"I'm very pleased to know that the citizens of T&T including the residents of Tarouba were concerned about the dumping of rubbish at the entrance to Tarouba Heights. As I am committed to safeguarding the well-being of Cocoyea/Tarouba residents, I will ensure that this matter is thoroughly investigated and relevant action be taken."

"Dumping of rubbish in public streets or spaces is illegal. In the comments below, one person stated that the garbage truck does not pass where he lives. This is the first time I've come across a report of such issue and the matter will be looked into," Lynch said in a social media post.

One source who lived in the area said after the dumping, dogs then tore into the garbage leaving it strewn all over the road.

She said that garbage trucks were unable to pass on the street due to the presence of trucks and other vehicles along the side of the roadway, which were parked by the man's relative, making it impossible for the truck to turn around and exit the street.

Man gunned down in San Juan