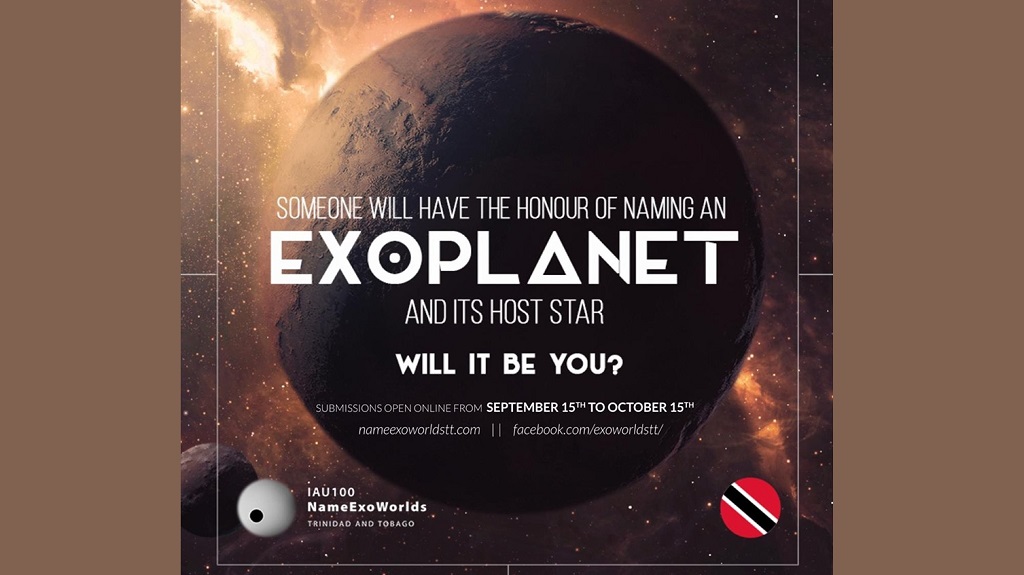 The public is invited to vote for the best name for Trinidad and Tobago’s official exoplanet and its host star.

After a nationwide call for names, ten final entrants have been chosen for the International Astronomical Union (IAU) NameExoWorlds Trinidad and Tobago Competition.

Dr Shirin Haque, Senior Lecturer in Astronomy at the UWI St. Augustine Campus and National Outreach Coordinator, IAU is encouraging the public to vote for which names they think the exoplanet and its host star should be called.

Public voting opened on October 30 and ends on November 10.

People can vote online by visiting https://www.nameexoworldstt.com/. The final decision will be announced by the IAU in December 2019.

"This is a first in the history of Astronomy for Trinidad and Tobago to have an opportunity to be immortalised among the stars,” said Dr Haque. “Together, we all can be part of that effort in choosing the names that become the official names internationally for the host star and its exoplanet. The power of science uniting us all to a wonderful common cause! The winning entry will be officially announced globally in December 2019 by the International Astronomical Union."

The IAU is the largest astronomical society of professional astronomers in the world.

In 2019, it celebrates its 100th anniversary with several events during the year.

Of special note is its initiative “Name Exoworlds”. 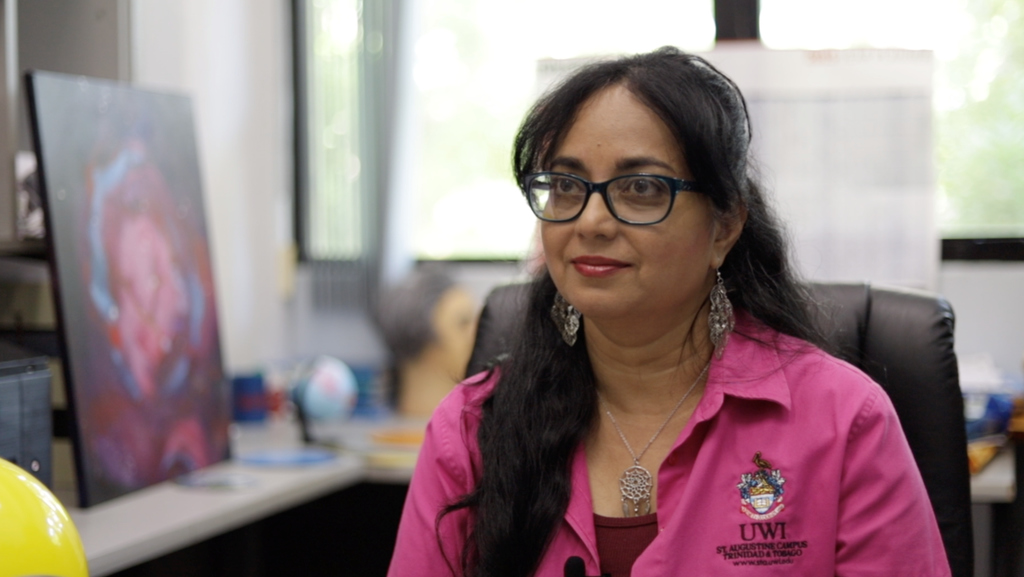 A proposal from Trinidad and Tobago was accepted for this “Name Exoworlds” initiative and a system of the host star and exoplanet was assigned to us for a national competition to name. It must represent the cultural or geographical heritage of the country.

The grand prize is a telescope, with hampers for runners up and tokens for finalists. However, according to Dr. Haque, “The grandest prize for all of us is the honour of a star and an exoplanet having a Trinbagonian name. What an opportunity to be immortalised among the stars! Move over Greeks, Romans and Arabs, here comes a Trinbago star and planet!”