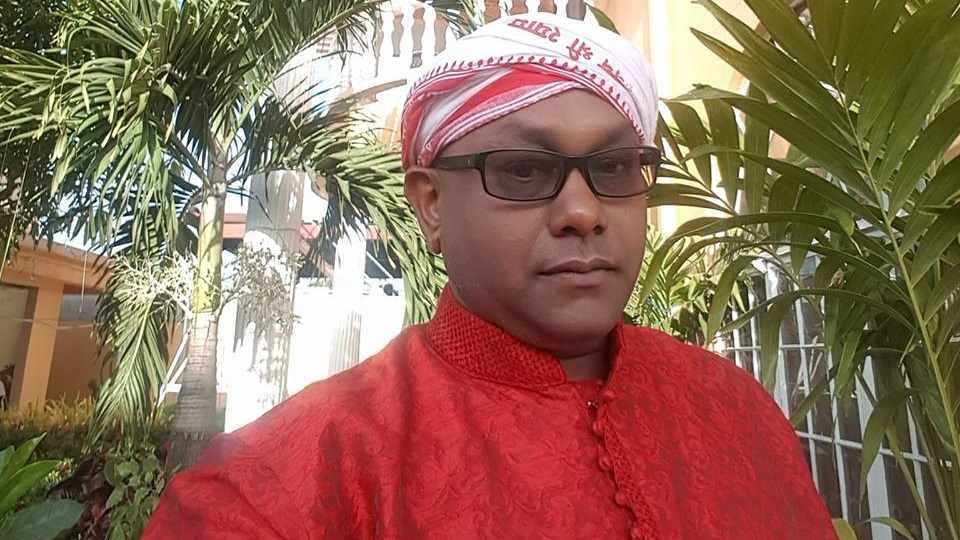 The move by the Executive of the Sanatan Dharma Maha Sabha (SDMS) to ban media from covering the funeral of its late Secretary General, Sat Maharaj, has been met with condemnation from at least one pundit.

Pundit Satyanand Maharaj in a statement on Monday described the decision as "regressive" given Maharaj's profile as a national personality and not just a Hindu leader.

The pundit said it was disproportionate to impose a ban on all media houses because of the actions of one reporter in their attempts to score an exclusive.

Media have also been prohibited from being at Maharaj's or his families home.

The funeral for the late SDMS Secretary General takes place on Tuesday at the Lakshmi Girls' Hindu School.

Below is the full statement issued by Pundit Maharaj:

Ironically, the media is to be banned from covering the funeral of the late Secretary-General of the Sanatan Dharma Maha Sabha Sat Maharaj, who was a media man himself. Sat was Managing Director of Radio/TV Jaagriti, publisher of the Bomb newspaper, and a columnist always stood up and fought for not only freedom of speech and the press.

Indeed most of Sat's SDMS stewardship involved courting the media not only to cover the many SDMS events but also his national pronouncements.

The decision to ban the media from the funeral is indicative that there is no appreciation for the fact that Sat was a national personality and not merely a Hindu bossman.

The media's interest in the funeral proceedings is not only reflective of this but also a testimony to the success of Sat's struggle to have Hindu Trinidad accepted as an integral and essential part of the fabric of Trinidad and Tobago. I shudder to think that the media ban was done to merely funnel a ready-made audience to Radio/TV Jaagriti.

It is disturbing that one of the first acts of the new regime in the Maha Sabha is this regressive position of banning the entire media from the funeral.

The rationale that a single reporter who attempted to get a scoop by covering the wake resulted in the whole media fraternity being banned from the funeral lacks proportionality.

I recall that Sat had specifically not invited the then Prime Minister to Puja 2000, but when Patrick Manning did show at the Debe event, Sat rolled out the red carpet for the uninvited guest. This example of Sat's appreciation of the situation appears to be lost on the inexperienced hands at the wheel of the SDMS.

While no one has ever accused Sat of being cultured or classy he appears to be shoulders above his successor.