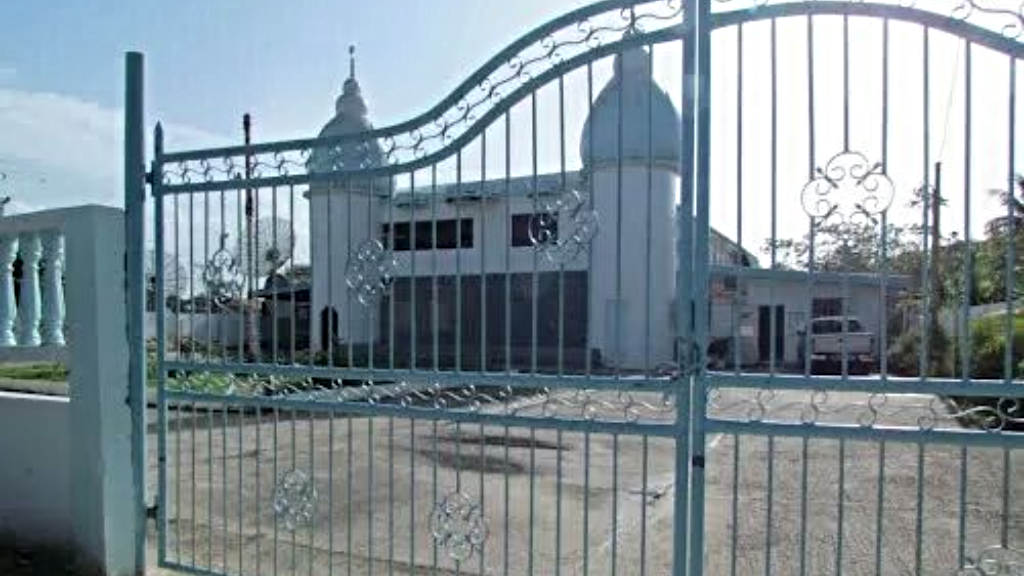 Shortly after a press conference was held on Sunday to highlight an increase in attacks on religious buildings, yet another religious centre in Edinburgh, Longdenville was robbed on Monday morning.

According to a source at the International Society for Krishna Consciousness (ISKCON) Trinidad and Tobago, the Radha Gopinath Mandir in Edinburgh, Longdenville was the latest religious building to be raided by armed bandits.

The source said at least three armed men entered the Mandir around 2:00 am on Monday morning and took the contents of the donation box.

There were resident members at the ashram, however, luckily, no one was hurt.

Police visited the scene and are currently carrying out investigations.

Pundit Satyanand Maharaj of the Satya Anand Ashram said via a statement issued Monday that these attacks show that criminal elements view religious institutions as soft targets as they are unprotected by the police.

“It is sad that following a press conference on Sunday to highlight the increasing attacks on religious institutions that are unprotected by the police service.”

“Another attack has happened mere hours after the press conference. The Longdenville Radha Gopinath Mandir was robbed by cutlass wielding bandits in the wee hours of Monday morning.”

“It appears that the criminal elements view religious intuitions as soft targets. This coupled with fact that the police appear to be impotent to deal with increasing criminality augments the vulnerability of religious institutions.”

“We are fed-up of the government inability to deal with crime. Is it that places of worship have to consider investing in CCTV cameras and armed security to protest its flock?”

“It is ironic that police officers can be found to raid mosques but not to protect Mandirs. Failure by the Rowley administration to deal with crime will only result in increased vigilantism and an increase in crime,” Maharaj said.

Earlier this year, the Lakshmi Narayan Mandir in Freeport was robbed by armed men who tied up the caretaker and the security guard as well as Pundit Gajendra Kumar and his family.

In December 2017, Father Clyde Harvey was robbed by armed men at St Martin's RC Church in Gonzales, Belmont, and several other religious buildings were robbed in separate incidents last year.