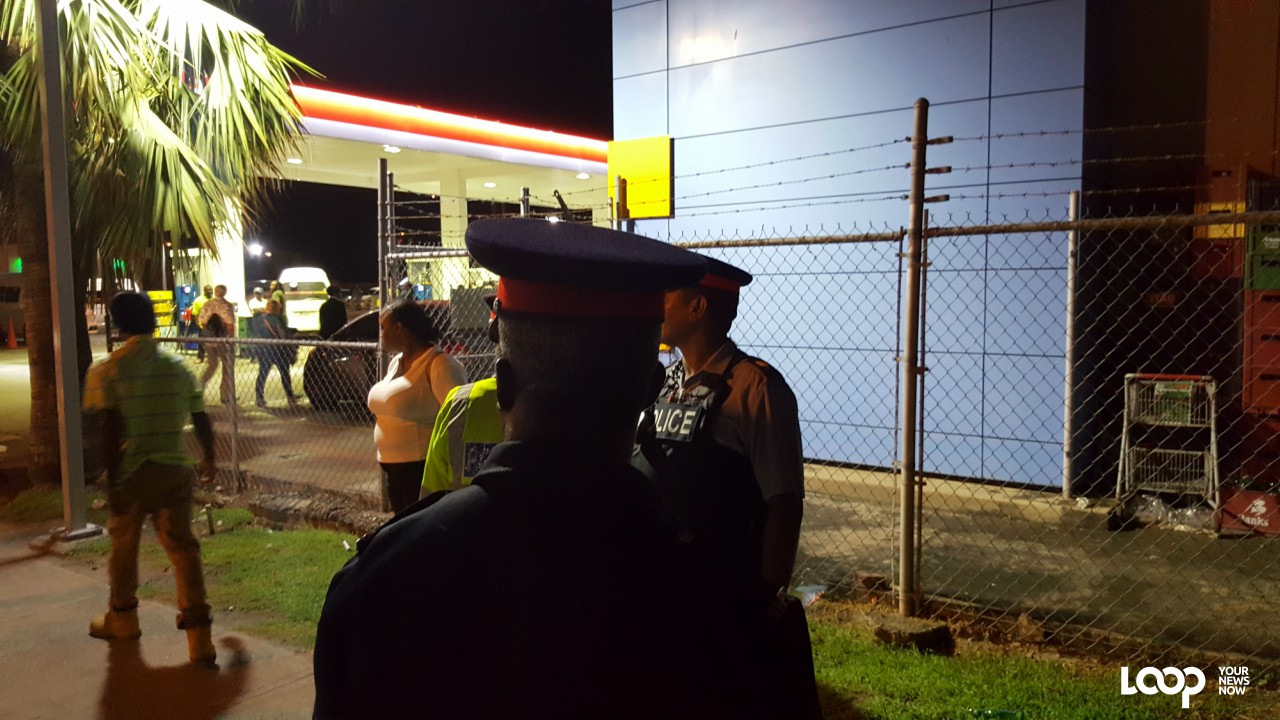 Officers watched as one litterbug had to clean up broken glass and place it in the bin.

Barbadians praised a police officer who forced a litterbug to clean up his mess, even at the cost of delaying a bus by five minutes.

The incident occurred around 9:30 pm on the Sam Lord's Castle bus on Saturday night in Oistins, Christ Church.

The Transport Board bus was stopped at the bus shelter opposite the bustling Oistins Bay Gardens when a loud 'plax' erupted.

A police sergeant quickly knocked on the side of the bus, however, and boarded the bus, demanding to know who the litterbug was.

"Who threw that bottle out the window?" the officer asked sternly.

A man with dreadlocks then reluctantly acknowledged that he was perpetrator.

The officer then scolded the man, telling him that the bottle smashed into pieces next to others who were waiting for the bus and could have injured them.

The officer then ordered him off the bus to pick up the glass shards and clear the walkway, but he stammered, "You gine tell de bus wait fuh me?"

Before he was done speaking, the senior officer harshly said, "Or you want me carry you to Oistins police station?"

Anxious, the man peeped out the bus door and asked the officer again if he would stop the bus because he had to get home.

The officer made no move to abide by his request. The litterbug disembarked and ran to the front door of the bus where he asked the driver to wait.

Quickly he followed the officer's direction to dispose of the glass. He picked up pieces tossed them in the garbage. Then swept the tinier pieces off the sidewalk with the side of his shoe.

By then numerous eyes were watching the scene as it unfolded. Two other officers were on site as well.

Completing the task in next to no time, the man boarded the bus through the same back door he had disembarked through, and the driver continued along the route.

Barbadian citizens were fully in agreement with the officer's actions.

"Look I commend these officers fah doing this. Bravo. cause things like this causes people to get hurt or even back up the same drainage problem we have throughout the island. If everyone played their part would significantly reduce de garbage in bim."

"That was great and commendable of the officers .if only more officers could be on the scenes when these things do happenes and make the litter bugs clean up their mess and give out a forthwith remand for three days .it would come to a halt."

"Well done officers. Kudos to the driver for giving him a chance to correct his (error) and continue his trip."

Do you think officers in T&T should do the same?