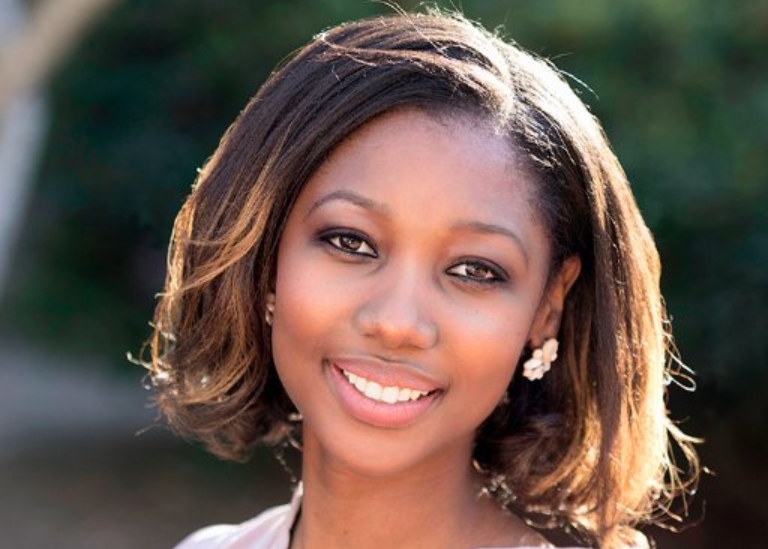 Each week, we'll feature a Q&A with each of the finalists where they'll talk more about work, what inspires them, young adult literature in the region and CODE Burt Award.

This week, we chat with Tamika Gibson.

You showed your appreciation for the written word from the age of twelve when you penned your first young adult story between two notebooks. What first inspired you to write and what motivates you to continue writing?

TG: I can’t remember a time when I wasn’t writing something. It’s one of the few things that has felt organic even as I’ve tried to become better at it. So it’s that feeling coupled with my wanting to tell stories about Caribbean people. I think there’s a richness to how we live, from our dialect when we interact with one another, to the way we weave folklore into our everyday lives. I like trying to capture that.

What were some of the books you enjoyed as a young adult reader and a few of your favourite authors?

TG:  A lot of Nancy Drew, Famous Five, and Secret Seven. I read classics over and over. 'Wide Sargasso Sea' by Jean Rhys is one of my most memorable books from my teenage years because of its language and complexity. 'Ti-Jean and His Brothers' by Derek Walcott stands out as well.

Why did you choose to write Young Adult Literature, or did it choose you? Are you interested in writing for other audiences?

TG: A little of both, I think. I’d wanted to write a novel for the longest time, though I didn’t quite know what story I wanted to tell. When I saw the Burt Award publicized, it felt like the opportunity I’d been waiting on. Then I found that I enjoy writing about these teenagers who are experiencing so many things for the first time and learning about themselves within the maze of their families and friends. Although I’ve realized that my work has cross-over appeal to adults, I would be open to writing specifically for that audience as well.

What moved you to enter your writing for The CODE Burt Award in 2016 and now again in 2019 installment of the award?

TG: Ultimately, the publishing industry is a business, and the entire process can feel a little daunting. What’s phenomenal about the Burt Award is that it’s a direct path to getting your books into the hands of readers. Entering the competition has freed me to focus on writing the best novel that I can, without having to worry too much about the business aspects that come after the book is finished.

Your debut novel, 'Dreams Beyond the Shore' was the first place winner of the 2016 Burt Award for Caribbean Young Adult Literature and was named one of the Best Contemporary Teen reads of 2017 according to Kirkus Magazine. How do you personally measure success as a writer?

TG: I feel successful whenever I get an assurance that I’ve written something that matters. It’s great getting an e-mail about an award and it’s also great hearing someone say they stayed up for most of the night reading 'Dreams Beyond the Shore', or that they really identified with a character. It’s knowing that my writing is impactful.

What would you like to see more of in relation to Young Adult Literature, specifically from the Caribbean, for young Caribbean people?

TG: I hope we can continue to develop a widespread culture of reading among young people, as opposed to reading being largely confined to school.

'Dreams Beyond the Shore' earnestly depicts both heartwarming and unsettling aspects of our culture. Were you hesitant to include descriptions of the political landscape, drugs, and corruption? What are some other typically taboo themes or topics you hope will be discussed among young adults?

TG: I was hesitant and I didn’t feel comfortable doing it. I wrote those elements because they felt true to the story. In order to fully portray the evolution of the two protagonists in Dreams Beyond the Shore, I had to write honestly about the worlds that shaped them. And the truth is, for every disturbing story we see in the news, or every issue that we’re hush-hush about as a society, that’s some young person’s reality. These things are happening in their families, and to their friends, and to them.

What I hope is that young adults who look to books for affirmation can find it, no matter what experience they’re having. Whether it’s awkwardness around someone they like or the grief of losing a parent. I can’t think of anything too mundane or too heavy to be reflected in literature.

Would you mind sharing a short synopsis of your recent manuscript/novel, 'The Accidental Prize', and tell us about the main ideas you explore in this novel?

TG:  It’s a contemporary story of two talented sprinters, Kayla and Joel, each vying to be on the Olympic track and field team. For Kayla, professional athletics is her chance at rescuing her family from poverty. Joel wants to escape the damning legacy of his disgraced track star father. And, as if their lives weren't complicated enough, they're also navigating the forces that are threatening to destroy everything they're working so hard to achieve. At its core, its a novel about being aspirational even in the midst of tumult.

What was the most challenging part of writing this novel?

TG: Picking a title. After writing this book I had no idea what to call it. I wouldn’t be surprised if the title changes.

What does it mean to you to have had your first book in secondary schools across the region? Why do you consider this award valuable to Caribbean YA readers and writers?

TG: It’s special beyond description to think that something I wrote is deserving of being discussed and studied the way I vividly remember doing when I was in secondary school.

To me, the Burt Award represents access. Since the inception of the Award, many Caribbean writers have had a new level of access to readers. I’ve been on school visits and to book club meetings, listening to what resonates with them. And readers have had more exposure to a range of new Caribbean novels as well. It’s been a reaffirmation of how important our stories are.

What advice would give to young aspiring writers of Young Adult Literature?

TG: My advice to young aspiring writers is to read as much as you can. It’s the quickest and best way to learn the scope of the different things you can do with language so that you can develop your own writing style and voice.

Rihanna wants to cheer up a troubled world with fashion show