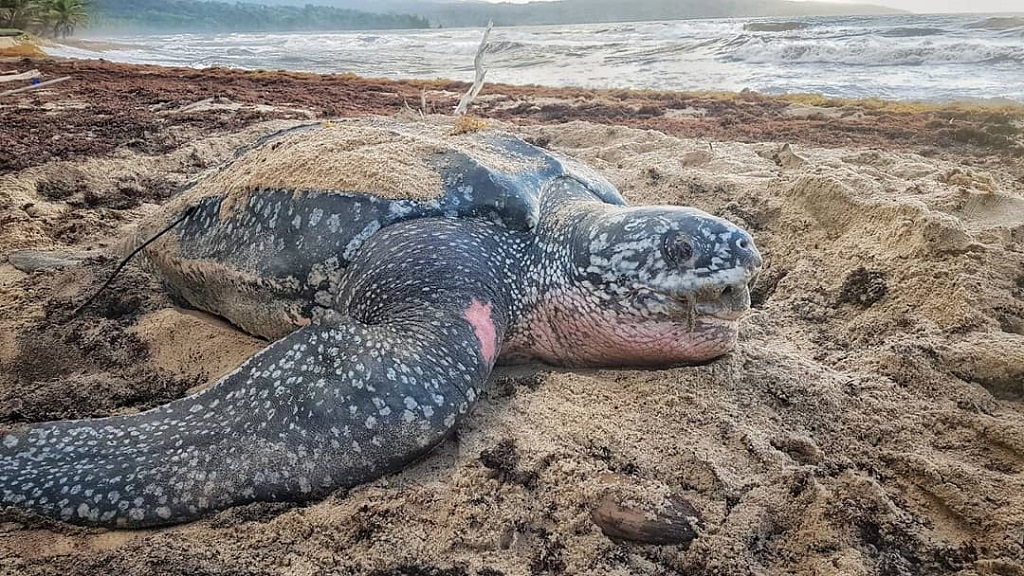 Near the Matura beach, just one hundred metres from Leatherback turtle nesting grounds, illegal quarrying continues apace, and it seems no one can, or will, stop them.

Kyle Mitchell, Vice-Chairman of Matura turtle conservation group Nature Seekers, said the situation has gone on for years, and despite their calls for aid, nothing has been done.

Leatherback turtles are Environmentally Sensitive Species - it is illegal to either harm or sell turtles and turtle eggs, or disturb turtle nesting sites. Anyone found doing so can be liable to jail time or a fine of up to $100,000.

However, Mitchell said that the quarrying, which initially began on private land, spread to State lands and although they have notified the Environmental Management Authority, the Ministry of Agriculture, Lands and Fisheries and other public authorities, the illegal quarrying continues to destroy large areas of land.

Trinidad and Tobago is one of the largest nesting sites in the world for Leatherback turtles, which are endangered.

Mitchell said even more alarming is that Leatherback turtle numbers are declining, according to recent studies.

A recent regional assessment noted a fall in the number of Leatherbacks visiting Trinidad and Tobago’s shores during nesting season and although the causes have not yet been confirmed, it’s been known that destruction of nesting grounds and bycatch are major factors.

Mitchell said it’s important to understand the purpose of World Environment Day, and the importance of biodiversity to the environment.

“World Environment Day was created in order to put the spotlight on the environment, for people to reflect in the ways in which they are impacting on their environments, whether positive or negative and how to improve on it.”

“We have a law for pretty much everything in Trinidad and Tobago but it always comes back to enforcement…we need to do something.”

“Right now we have a challenge with illegal quarrying happening close to turtle nesting sites. The closest one is just a hundred metres from the nesting site.”

“We’ve contacted everyone who could have some kind of authority over it but no one is really acting or doing anything. Soon it will be too late,” he said.

Studies have shown that the loss of biodiversity can have effects as catastrophic as climate change and pollution.

A loss of biodiversity (the planet’s ecosystem of plant and animal life), could reduce nature’s ability to provide goods and services like food, clean water and a stable climate.

World Environment Day, celebrated on June 5, is the United Nations day for encouraging worldwide awareness and action to protect our environment. Since it began in 1974, the event has grown to become a global platform for public outreach that is widely celebrated in over 100 countries.