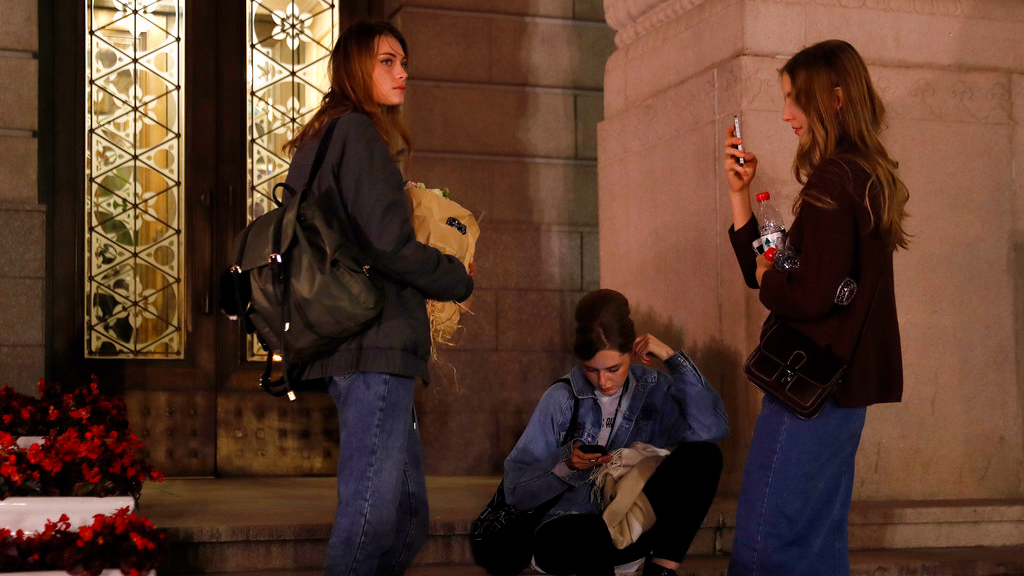 Russian models take a rest outside a Beijing hotel after taking part in a fashion show during the China Fashion Week in Beijing, Monday, Oct. 30, 2017. (AP Photo/Andy Wong)

A Chinese modelling agency that hired a 14-year-old Russian girl is denying media reports that a "slave contract" contributed to the teen's sudden death.

The exact circumstances of Vlada Dzyuba's death last week are still murky, and there are conflicting accounts from Russia and China. But media reports say there are concerns in Russia about working conditions in China for a growing number of young models being recruited to work in the country's booming fashion industry.

The Siberian Times newspaper, without clearly noting its sources, reported that the girl died after falling into a coma after working a 13-hour day. That would violate a Russian law that says underage models can't work more than three hours a week.

The paper said Dzyuba's mother, Oksana, told NTV: "She was calling me, saying, 'Mama, I am so tired. I so much want to sleep.' It must have been the very beginning of the illness." It ran the story under a headline reading "Fears overexploitation of Russian models sent on 'slave labour contracts' without parents to care for them."

Zheng Yi, the founder of ESEE Model, strongly denied reports that Dzyuba was on a "slave contract."

"There is no coercive clause in this contract," he said in an interview, adding that the three-month contract didn't mention working hours.

Zheng said Dzyuba worked about the same amount of time as other models, usually between two to eight hours a day, and only twice during her 60 days in China did she work 10 hours in a day. Zheng said she had 16 events, with about 20 days of total work.

"Modeling work is not manual labor after all, just shows and photo shoots and making poses, and there are breaks," he said.

"We provide underage models with more care," Zheng said. "If they feel stressed, we will communicate with them."

ESSE Model issued a statement that said Dzyuba became sick while working on a photo shoot in Yiwu, about 300 kilometres (186 miles) south of Shanghai, on Oct. 24. The agency said that after returning to her hotel she "began to vomit and felt dizzy during the night."

The agency said it halted the next day's work, and sent Dzyuba back to Shanghai on Oct. 25. She went to her apartment, but because of the "continuous bad condition of her body" she was taken to an emergency room that night, the statement said. On Oct.26, her condition worsened and she was transferred to the intensive care unit. She died the next morning.

Michelle Chien, the public relations director at ESEE, said that because modelling is considered cultural work and an "exceptional industry ... (the) laws in China have no direct regulations, (so) it's OK to recruit minors."

Zheng said his company has about 50 foreign models, only about two of whom are under age 16. Chien said about half of them were from Russia, with most coming on three-month contracts.