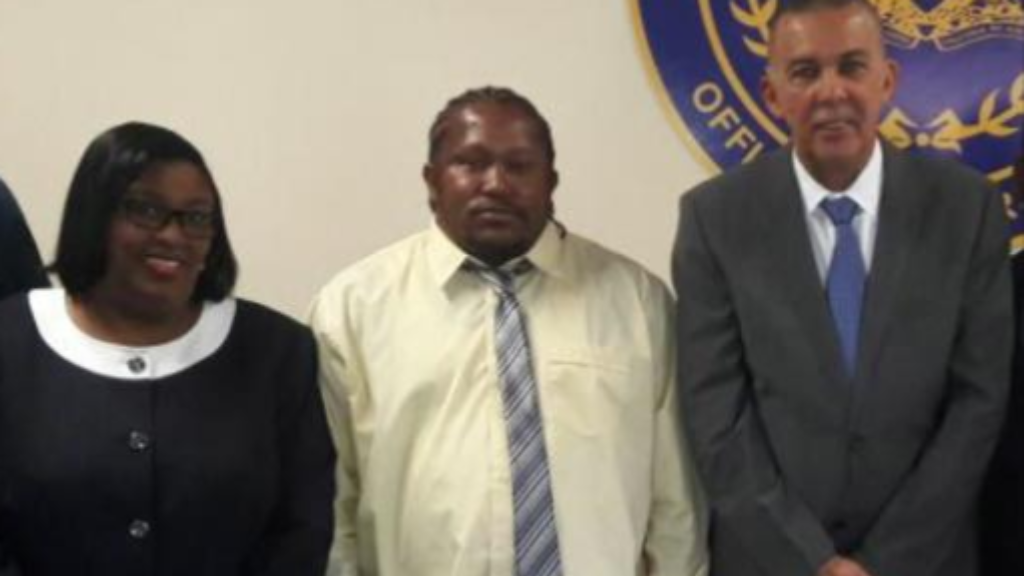 As she focuses on settling into her new Ministry and putting all controversies behind her, Marlene McDonald has found herself facing fresh drama.

Questions are being asked about one of the guests invited to her swearing in ceremony at President’s House on Friday.

The man in question is said to be a known “community leader” in the Sealots area by the name of Cedric “Burkey” Burke.

Advocacy group FIXIN’ T&T raised questions about Burke on its Facebook page pointing to a photo in which he is standing between McDonald and President Anthony Carmona.

FIXIN’ T&T said Burke is well known to the police as a "Community Leader" in Sealots.

“He is said to have legitimate businesses allegedly with HDC contracts and Cepep 'gangs'. He is a member of Ms. McDonald's constituency. He was one of the 'big fish' caught in the Hyatt during the failed and, in FIXIN' T&T's view, unconstitutional SoE. He was among those subsequently released. 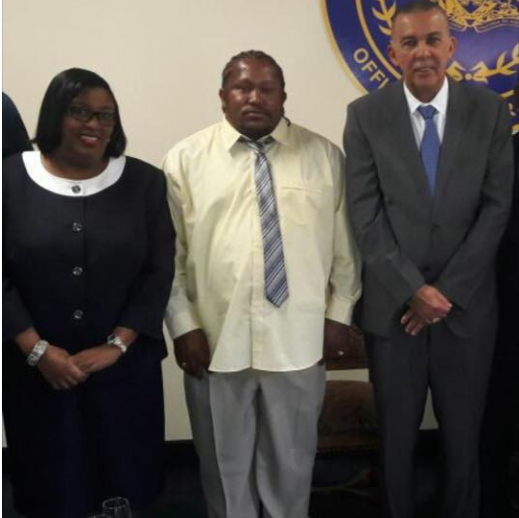 In 2011, during the limited state of emergency imposed under the Kamla Persad-Bissessar regime, Burke and Keon “Baine” Bain were held in a room at the Hyatt Hotel.

It was alleged that the two men paid cash for their rooms.

In 2013, Burke was one of 12 men detained in the Sealots area during a police raid.

He claimed he is always targeted by police but he was a legitimate businessman.

Burke is said to be the owner of construction and security companies.

McDonald’s phone went to voicemail when Loop attempted to contact her several times.