Questions of racism linger as Harry, Meghan step back 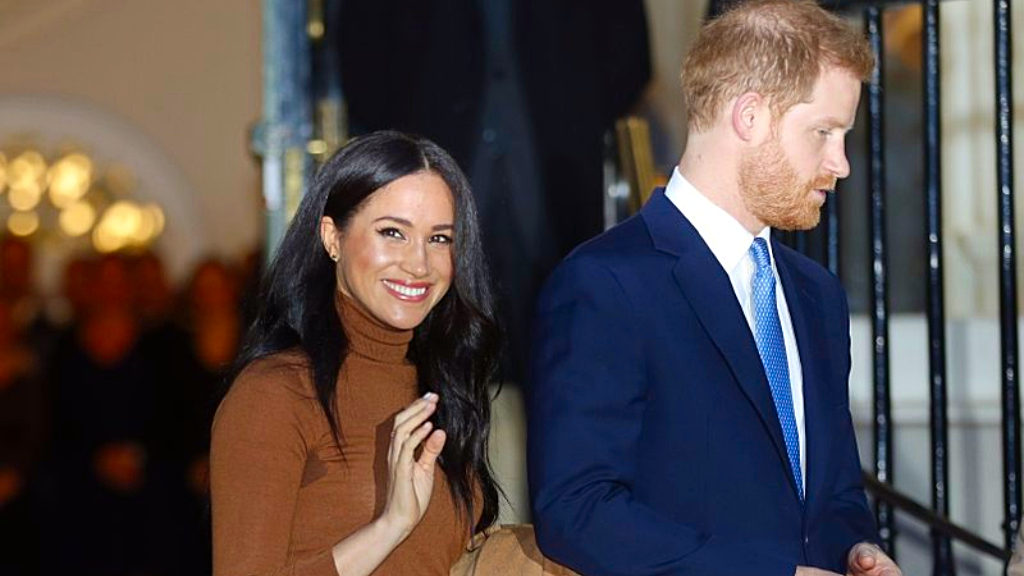 When accomplished, glamorous American actress Meghan Markle married Prince Harry in 2018, she was hailed as a breath of fresh air for Britain's fusty royal family. That honeymoon didn't last.

Now the couple wants independence, saying the pressure of life as full-time royals is unbearable. And a debate is raging: Did racism drive Meghan away?

When Prince Harry, who is sixth in line to the throne, began dating the "Suits" actress — daughter of a white father and African American mother — the media called it a sign that Britain had entered a "post-racial" era in which skin colour and background no longer mattered, even to the royal family.

UK Labour Party lawmaker Clive Lewis, who like Meghan has biracial heritage, says the royal rift shows that Britain still has a problem with "structural racism."

"We can see it with Meghan Markle and the way that she's been treated in the media, we know that this is a reality of the 21st century, still," Lewis told Sky News. "After 400 years of racism you can't just overturn it overnight." 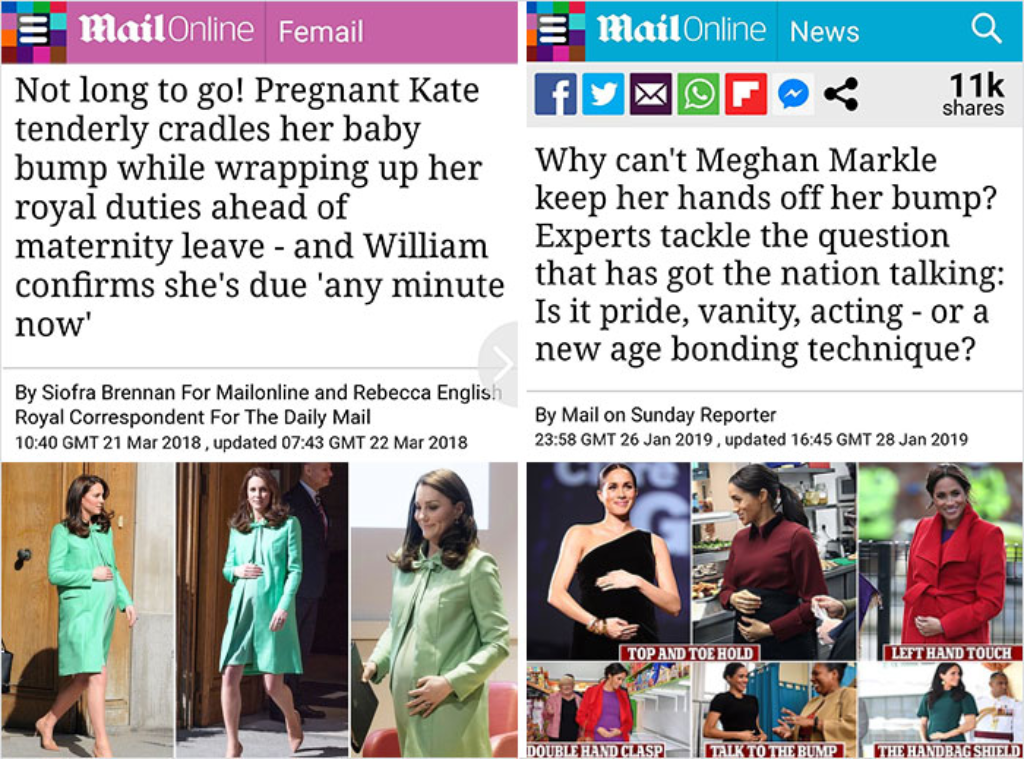 Frederick W. Gooding, an assistant professor of African American studies at Texas Christian University in Fort Worth, Texas, said it would be "disingenuous" to claim race had not been a factor in Meghan's treatment.

From the start, some in the media wrote about Meghan using racially loaded terms. One tabloid columnist referred to her "exotic" DNA.

A Daily Mail headline described her Los Angeles roots as "(almost) straight outta Compton" and claimed she came from a "gang-scarred" neighbourhood. A TV host described Meghan as "uppity."

Meghan was criticized for everything from eating avocados — which the Daily Mail claimed fuel "human rights abuses, drought and murder" — to wearing dark nail polish, apparently an etiquette faux pas.

Morgan Jerkins, a senior editor at Zora, a Medium.com site for women of color, said that because Meghan was "an outsider, culturally, racially, and socioeconomically, she has been the royal family's scapegoat."

Others point out that Meghan is hardly the first royal to get a rough ride in the media. The press and the royal family have an intense and often toxic relationship going back decades. Harry's mother, Princess Diana, was snapped by paparazzi wherever she went. When she and Prince Charles admitted that their marriage was in trouble, her private life became public property.

Diana was killed in a Paris car crash in 1997 while being pursued by photographers. Prince Harry, who was just 12 when his mother died, said in October he feared "history repeating itself. … I lost my mother and now I watch my wife falling victim to the same powerful forces."

After Diana's death, a chastened British press mended its ways — a bit. The media left young William and Harry alone in exchange for carefully staged interviews and photo opportunities as they grew up. That practice has continued with the three young children of William and his wife, Kate.

But in many ways little really changed. Royal stories still sell newspapers and generate clicks. That has meant intense — and even illegal — scrutiny. In the early 2000s, tabloid reporters hacked the voicemails of Prince William and royal staff members in pursuit of scoops.

Younger female royals are routinely judged on appearance, demeanor and habits. Prince William's wife was relentlessly scrutinized for years: dismissed as dull, accused of being lazy for not having a full-time job, and dubbed "waity Katy" before William proposed.

Still, Meghan's treatment has sometimes seemed harsher. Last year the Daily Mail ran photos of a pregnant Meghan cradling her bump under the headline: "Why can't Meghan Markle keep her hands off her bump?" Months earlier the same paper had described a pregnant Kate as "tenderly" cradling her bump.

"I'm not in that category at all where I believe there's racism at all," Patel, who is of Indian heritage and whose parents emigrated to Britain from Uganda, told the BBC. "I think we live in a great country, a great society, full of opportunity, where people of any background can get on in life."

But others say the media double standard Meghan faced is evidence that talk of "post-racial" Britain is wildly premature.

"Her treatment has proved what many of us have always known: No matter how beautiful you are, whom you marry, what palaces you occupy, charities you support, how faithful you are, how much money you accumulate or what good deeds you perform, in this society racism will still follow you," writer Afua Hirsch, author of the book "Brit(ish): On Race, Identity and Belonging," wrote in the New York Times.

That feeling was echoed by Hayley Oliver, a recent Virginia Tech graduate who wrote a college essay about how Meghan and other mixed-race women are treated in popular culture. She said Meghan had years of charitable work, including advocacy for women's healthcare and gender equality worldwide that preceded her marriage into the royal family.

"What about her in those roles?" said Oliver, who is also biracial and says she's inspired by Meghan for the stances she takes. "When you see someone who looks like you. ... it makes it easier to imagine yourself in that situation or the possibility of where you could go."

While Britain is by most measures less racist than it used to be, non-white Britons are still over-represented among the poor and imprisoned, and under-represented at the top of well-paid professions, including politics, journalism and the law. Britain's 2016 decision to leave the European Union — a move fueled in part by concerns about immigration — was followed by an increase in cases of racist abuse reported to police.

Meghan acknowledged in an October interview that she had been unprepared for the intense media scrutiny she would get as a member of the royal family.

She told ITV journalist Tom Bradby that before she married Harry, "my British friends said to me, 'I'm sure he's great, but you shouldn't do it, because the British tabloids will destroy your life.'"

Unlike other members of the royal clan, Meghan and Harry have pushed back. As long ago as 2017, Harry criticized "the racial undertones of comment pieces; and the outright sexism and racism of social media trolls and web article comments."

Now the couple has had enough. They plan to move part-time to Canada, withdraw from royal media-coverage arrangements and seek financial independence. The queen has reluctantly agreed to let them become semi-detached royals in order to avoid a damaging family split.

The racism debate will rage on. Writing in The Guardian, British columnist Nesrine Malik said she doubted it would have much positive effect.

She argued that the racism debate had become a "pantomime, in which everyone — people of color, tabloid journalists, TV hosts — is playing well-rehearsed parts."

"Britain's conversation about race endlessly repeats itself, first as tragedy, and for ever thereafter as farce," she wrote.

UK leader: Royal rift over Harry-Meghan plans can be settled

Queen to host crisis summit on Harry and Meghan's future