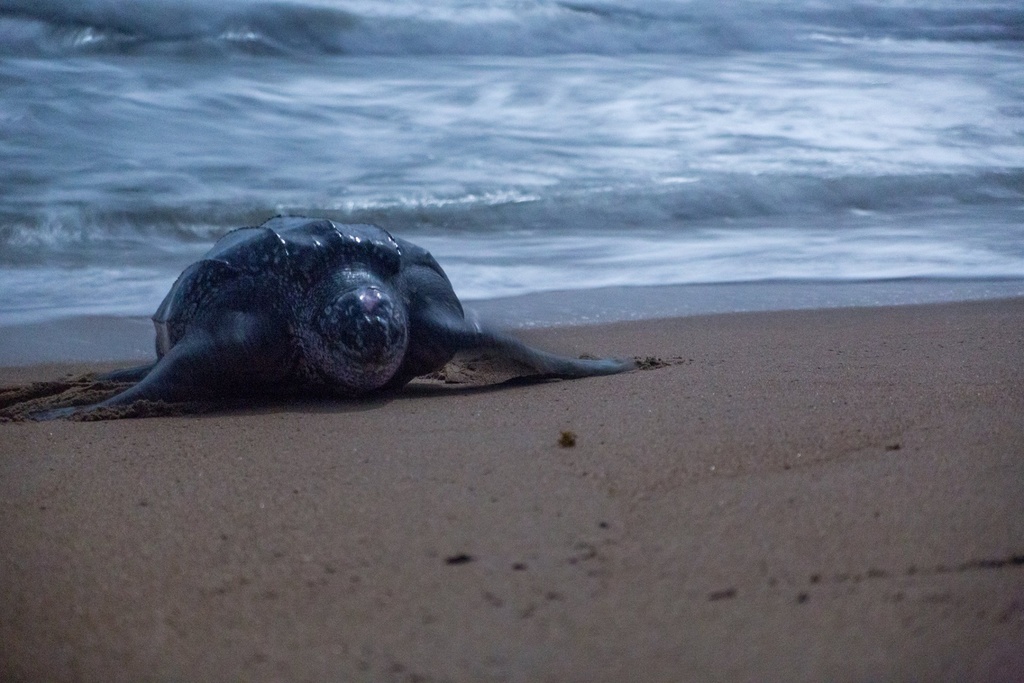 Each year in preparation for the arrival of the leatherback turtles who return to Trinidad's shores to lay their eggs, an environmental group called Nature Seekers leads a coastal cleanup in Matura, a quiet village on the Northeast coast.

Thousands of volunteers annually collect hundreds of bags of garbage including glass bottles either washed up on shore or from litter left behind by beachgoers.

While Nature Seekers work hard during the months of March to August to monitor and protect the turtles which are a huge tourist draw for communities such as Matura, the group has also found a way to turn the beach clean-up activities into a conservation project and employment for people in the community. 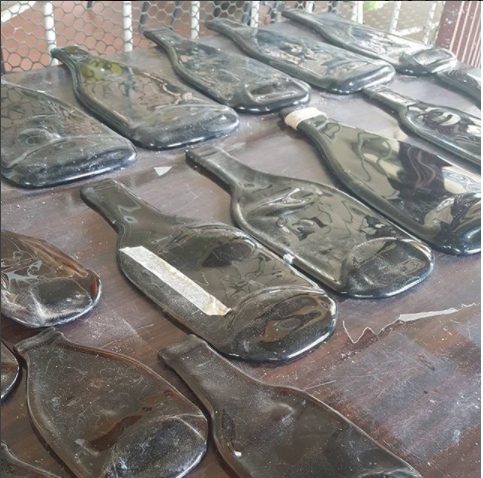 In a room below the award-winning organisation’s offices in Matura, women gather daily to fashion discarded glass bottles into beads and other ornaments.

In the modest facility, the glass is cleaned, labels removed and the bottle smashed before the shards are melted in fire and fashioned into beads on a Mandrel stick.

Sandy Sorzano, a burner who has been working at Nature Seekers for five years and can churn out 900 beads in three hours, enjoys creating the beads and leading visitors through the process. There is a size chart on the wall which details the sizes of beads they create from small to large and once created the beads are made into bracelets under the Turtle Warrior brand and earrings to be sold to the public or to fill orders from companies who order on consignment. Some bottles are placed in a kiln which causes slumping. Those bottles are flattened and turned into wall plaques or tokens that companies use for awards etc. 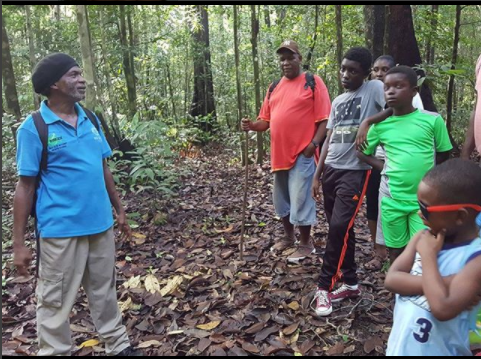 The employees are drawn from the community, mostly single mothers like Rita Williams, a mother of seven, who likes doing things with her hands and Ria Fortune who, like most of the workers, took the jewellery and glass bead making course from Nature Seekers prior to working there. Williams told Loop that for the past five years, the job has helped her financially and has inspired her children to make jewellery as well.

“It has helped the community because we have many bars here so we go around collecting bottles so they don’t pollute the environment and it creates employment,” she said.

Formed in 1992, Nature Seekers was a collaboration between the Matura Community and the Forestry Division. Its initial aim was to stop the poaching of the ancient Leatherback turtles and to raise awareness of the importance of the species. Residents were trained as tour guides and employed to aid the efforts.

Esther Vidale, Secretary of the organisation, said the turtle programme led to other conservation programmes including a reforestation programme in parts of the forests destroyed by fire, logging and slash and burn agriculture. They also introduce species to add to the richness of the flora and fauna of the area.

This work has led to another tourism product – Eco-tourism.

While visiting the area, Loop was taken to a brief nature tour through the forest where Francis, a very knowledgeable tour guide pointed out young trees that had been planted as well as the variety of trees and plants along a very clear path.

We were also taken to a half an hour hike to the Mermaid pools, so named because it is alleged that mermaids were spotted there. This is another popular hike in the area along with the hike to the Rio Seco waterfall, a more vigorous 45-minute trek.

Vidale said all the tours are conducted by trained guides equipped with first aid knowledge and who are intimately familiar with the environment.

Stating that some see the environment as something they can exploit for their personal benefit, Vidale said a major challenge is educating and sensitising the public on how to preserve and use the environment in a sustainable way.

She said getting laws to protect the turtles is still a challenge but they are working with the Government on that matter.

While in Matura, Laura Dowrich-Phillips stayed at Suzan's Guest House. The owner, Suzan Lakhan-Baptiste, is the head of Nature Seekers.