R. Kelly case spotlights abuse of girls in the era of #MeToo 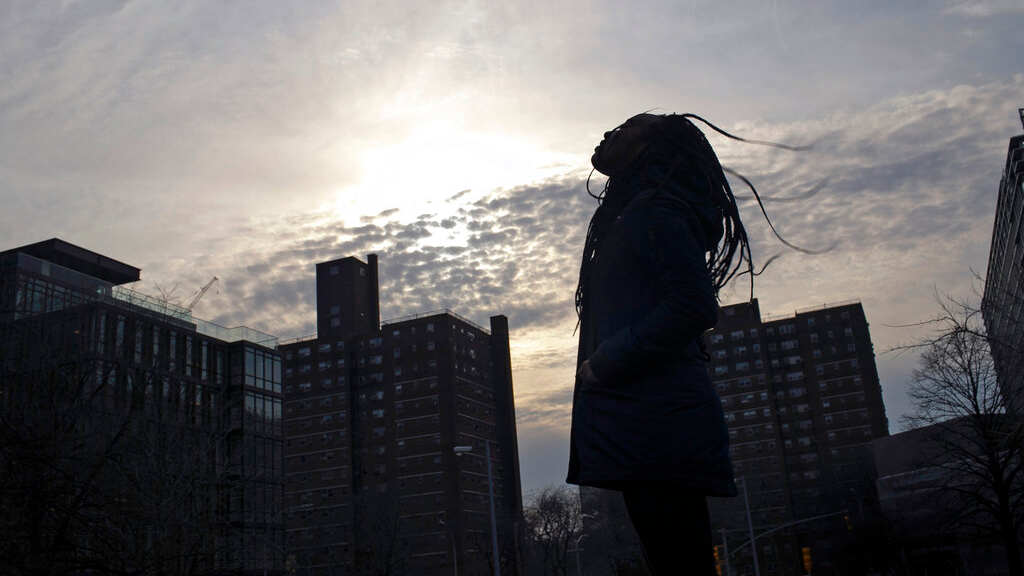 The girls, a dozen of them 15 to 18 years old, file into a conference room in a downtown Brooklyn office building, taking seats in chairs carefully arranged in a circle. On the floor in front of them is a makeshift altar of comforting objects: A string of Christmas lights, plastic toys and dolls, oils and crystals, a glitter-filled wand.

They arrive at the end of a school day in their usual hoodies and jeans, their smiles and easy banter masking the painful experiences that bring them together: This group is called "Sisters in Strength," and its members are survivors of sexual violence, or their allies and supporters.

There's a high school senior who describes being raped at 14, by a family friend she considered a big brother. She endured years of anger and isolation before seeking help. Writing poems is part of her healing process. Soon after the assault, she scrawled in a notebook: "Did you not hear my screams? The screams I vocalized at the top of my lungs, burying my voice ten feet under."

Another young woman, now 18, seeks peace through daily meditation. She too was assaulted by someone she knew, just days after her 18th birthday, but says she never reported it because she feared she wouldn't be believed. "Most people will say, 'What were you wearing or what were you doing? Why were you out so late?' And all those things," says this survivor. She found refuge in two trusted teachers, who sent her to "Sisters in Strength," run by a nonprofit called Girls for Gender Equity.

"I'm still in my way of healing," she says, "and I think it's better for me to focus on myself and move on."

The arrest of R&B singer R. Kelly on charges of sexually abusing girls as young as 13 has focused the lens of the #MeToo movement on underage victims like these, especially girls of colour. The charges, which Kelly denies, follow a string of sexual misconduct accusations against Hollywood power brokers, media titans, and Donald Trump during his run for president. But in those instances, as with the Harvey Weinstein scandal that launched the #MeToo era in October 2017, the accusers have been older, mostly white women.

"What happened with the media explosion of 'MeToo' is that it left out (a) population of people," says Michelle Grier, director of social work at Girls for Gender Equity, where Tarana Burke, who originated the phrase "me too" with her own work more than a decade ago, is a senior director. Part of the group's work, says Grier, is to empower girls to recognise: "Oh, this movement is about ME, too."

Various studies have found that 7 in 10 girls endure some form of sexual harassment by age 18, and 1 in 4 will be sexually abused. Experts believe the rates are higher for girls of colour. One government survey found that some 43 percent of rapes and attempted rapes against women happened before they'd turned 18. That means that for millions of women in the U.S., their first sexual victimisation occurs when they are 17 or younger, sometimes even younger than 10.

Groups like Girls for Gender Equity and Girls Inc., a nonprofit with 81 chapters in 30 states, are working to help young women discuss sexual harassment, dating violence and other types of abuse. Girls Inc. last year launched a #GirlsToo campaign to ensure that the voices of young survivors become part of the narrative on sexual misconduct.

"With young people it's extra challenging, either because of who may be abusing them or the power differential," says Lara Kaufmann, public policy director of Girls Inc. Often, they fear being punished by their parents if the abuse involves a boyfriend, ostracized if it is perpetrated by a relative, or stigmatised by peers if it occurs at school. Even more than older women, experts say, girls tend to fear they won't be believed.

In Memphis, Tennessee, 16-year-old Maya Morris says an alleged sexual assault outside her school last month has sparked intense debate among her classmates. The parties involved were students at White Station High School, and some say the alleged victim broke a rule to leave school grounds at dismissal.

"People are saying that because she was at school after-hours ... it was her own fault," says Morris, a member of Girls Inc.'s national teen advisory council. School officials declined to say if the case was referred to police, and Memphis police did not return messages.

Such victim-blaming is not uncommon and adds to children's innate belief that they are at fault when things go wrong, Kaufmann says.

"Unfortunately, some schools are punishing girls who come forward, particularly girls of color," she says. "They report a sexual assault at school, and rather than figure out who's responsible, they will be punished for engaging in sexual activity on school grounds."

Burke, the #MeToo founder, says black girls are especially susceptible to being blamed because society "hypersexualises" them, and thus they're seen as more mature than they actually are and more responsible for what happens to them. "So the blame gets shifted," she says, "like ... 'This happened to you because you haven't figured out how to take care of yourself. And so this was your fault.'"

The National Women's Law Center represents three girls who have sued their school districts over their handling of complaints they were sexually harassed at school or sexually assaulted by fellow students. The group says too many victims are being forced to transfer while the offenders remain at school.

"Girls ... fear that reporting will make things worse instead of better," says Emily Martin, the organisation's policy director. "And there are really rational reasons to think that might be the case. Schools don't have the best track record at responding appropriately."

Education Secretary Betsy DeVos has proposed new Title IX rules that would limit when schools can intervene, especially if the abuse happens off-campus or online. The public has filed more than 100,000 comments in response. Critics include the School Superintendents Association, which says the changes would undermine the ability of its 13,000 superintendents "to ensure each and every child in our school has a safe and healthy learning environment."

Girls Inc. helps young people push school officials to do more to teach sex education and address sexual harassment and abuse. The group also has online resources about how to report abuse or help friends who come forward.

In Memphis, Morris recently participated in a Girls Inc. workshop, the first in a series across the U.S., where girls gathered to discuss healthy relationships and dating violence. Confronting a friend one-on-one about abuse might bring an end to the friendship, she says, "because they're convinced that this is what love looks like."

"Talking about it in a teen talk situation is a lot different," says Morris, who does see a domino effect of #MeToo and hopes girls will speak more freely with their parents and at school.

White Station Vice Principal Carrye Holland sees a need for more honest talk about the situations teens face, be it the pressure to have sex, mistaken assumptions about which kids at school "want" sex or fears of being ostracised if they report wrongdoing.

"They're concerned about living in a world where they have to explain why they may not want to be intimate, to apologise for maybe not wanting to do things they're expected to do," Holland says. "How do you change that climate?"

Her district, like many around the country, teaches basic sex ed but lacks a forum for free-ranging discussion about consent, dating violence and other topics. Still, she thinks adults can do more to help girls — and boys — "see themselves in a respectful light ... teaching things that you think maybe shouldn't have to be taught."

Unlike colleges and universities, U.S. elementary and secondary schools are not subject to national requirements for tracking student sexual assaults. But a 2017 Associated Press investigation uncovered about 17,000 official reports of student sex assault over the period from fall 2011 to spring 2015.

Boys also face such violence; studies have found that 1 in 6 are sexually abused before they reach 18, although experts believe the figure could be far higher. Boys often stay silent about abuse given the cultural bravado about men and sex and fears that being identified as a victim will make them appear weak. Two men who now say they were sexually abused throughout their childhoods by Michael Jackson denied it until their 30s. The late superstar was acquitted of molestation charges in 2005 and always maintained his innocence.

Psychologist Julia Curcio Alexander, who works with victims and offenders in Philadelphia, says it can be "extraordinarily distressing" for young victims to come forward — and that hasn't changed in this era of #MeToo. Abusers often have tremendous power over their victims, be it financial or emotional. If the offender is a parent, the other parent often supports a spouse over a child, she says, and if it's a relative, the child has to worry about the family coming apart over the disclosure.

"Perhaps there's more support for adults who are disclosing now," Curcio Alexander says. "Will the child going to school ... be in a (better) position to disclose? That remains to be seen."

For the two young women in Brooklyn, disclosing — even to family — was a fraught process. For one of them, it was much easier to tell her friends than her parents. The other was able to confide in her parents but shut down around friends.

Both young women struggled, at times, with the temptation to blame themselves.

"The hardest thing for me to believe was that I didn't do this to myself," says the 18-year-old who meditates to help heal. "But I didn't plan or go out of my way to make this happen to me. There's bad people in the world, and you can't really protect yourself, especially if they're close to you."

She declines to describe the details of her assault.

For the young poet, her assault at the hands of a trusted family friend came as a total shock. Along with a girlfriend, she had brought the man a birthday gift. When the girlfriend left, she says, the assault happened. After telling her parents, she retreated into a period of anger and depression.

After a second assault a year later, she says, she kept quiet, consumed with guilt at finding herself in a home where she went willingly.

The twice-weekly sessions at Sisters in Strength have helped. She's focused on excelling at her studies and plans to attend college.

Each group meeting begins with a check-in: One by one, the girls report how they're doing, what they're thinking about, what they need to keep healing. This might involve discussing the trauma they endured, but often not. The seven-month curriculum includes education on everything from issues of gender bias and racism to how to have a healthy relationship and methods of recovering, both emotionally and physically.

One big takeaway: These girls want to be called survivors, not victims.

"At first you feel like a victim," says one of the young women, "because you're in the mentality of this HAPPENED to me. But then you transition and you're healing ... and then you become a survivor because you don't let the thoughts you had control you or consume you."

It's a very conscious word choice in the group sessions, because the word "victim," says Grier, "doesn't express the fact that you're still in the world, and there's so much more to experience."

Watch: R. Kelly close to tears, tells CBS 'I didn't do this stuff'