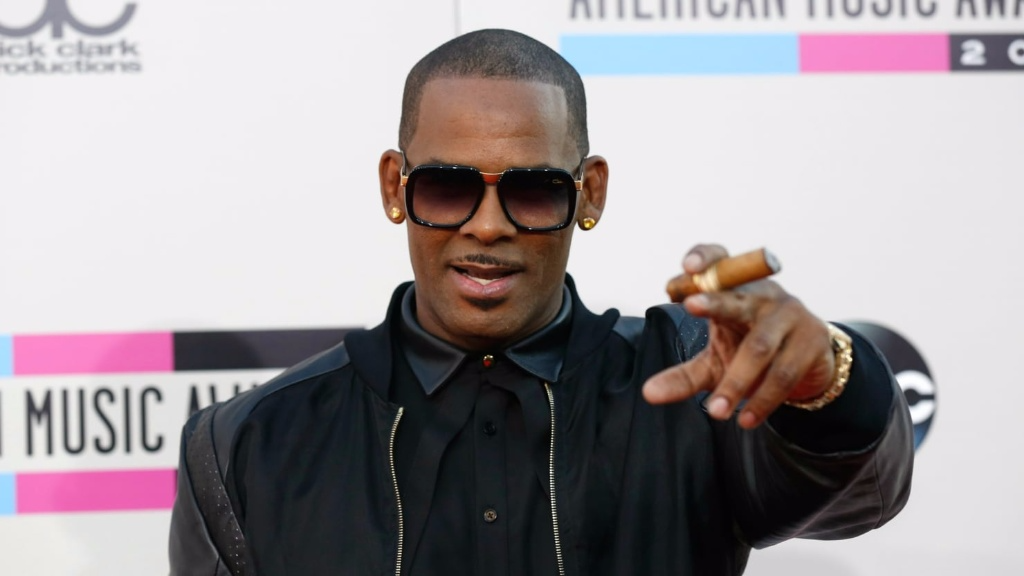 It seems that one famous R&B singer is not welcome in Wakanda.

Singer Robert 'R' Kelly tweeted on Monday that he was heading to Wakanda, the magical land in Marvel's Black Panther movie which was released in movie theatres this week.

According to reports, one of the gates at the Hartsfield–Jackson Atlanta International Airport showed Wakanda as one of the destinations as part of the film's promotional campaign.

"Hell, I’m on my way too! Amazing film! #WakandaForever #BlackPanther," the rapper said. 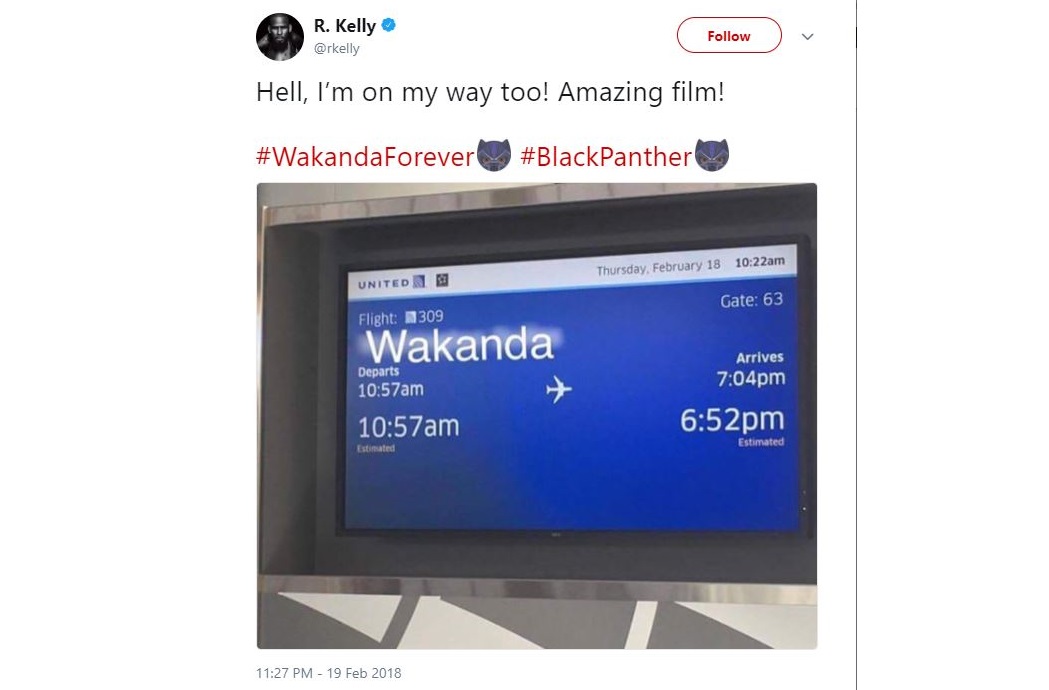 However, several tweets later it was clear the singer, who has a history of dating young girls, was not welcome in Wakanda.

Nigerian author Luvvie Ayaji was not having it.

Ajayi promptly tweeted: "NO THANK YOU. WE JUST CLOSED THE BORDERS. - Wakanda Immigration."

She tweeted: "Fatha Gawd, we come before you today to block the entry of enemies of progress and pedophiles into the sacred land of Wakanda! You said weapons would form but let them not prosper in this land. We rebuke and reject him, in YOUR glorious name." 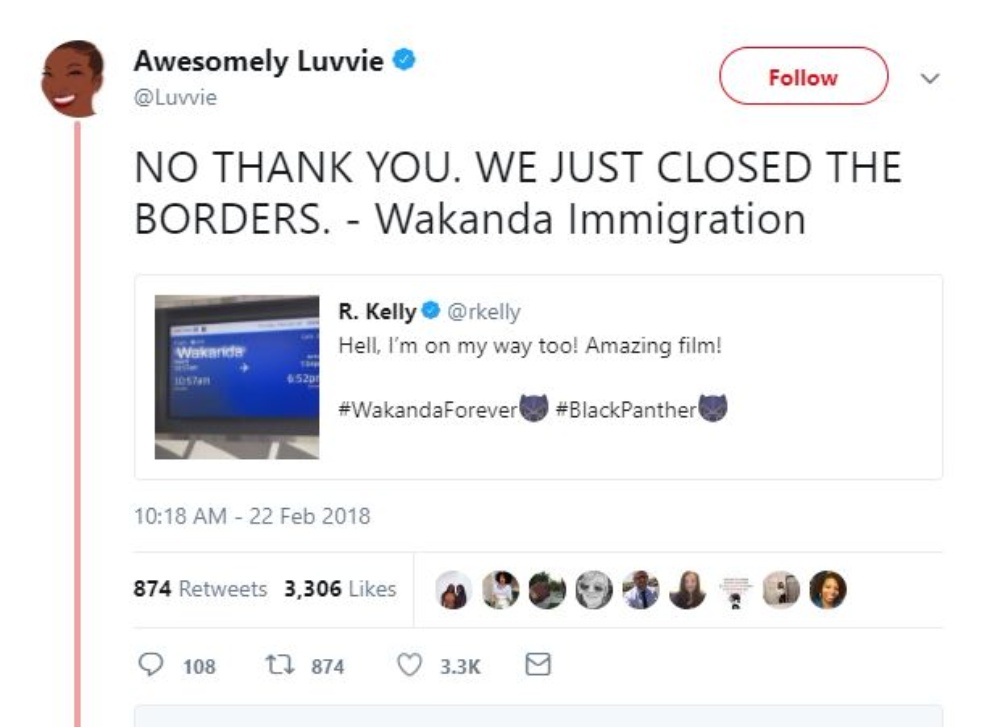 No sir. This is the land of strong GROWN ass women &children. You have no business here. Take that sh*t to mars or something. #notonmywatch #orcatchthesehands 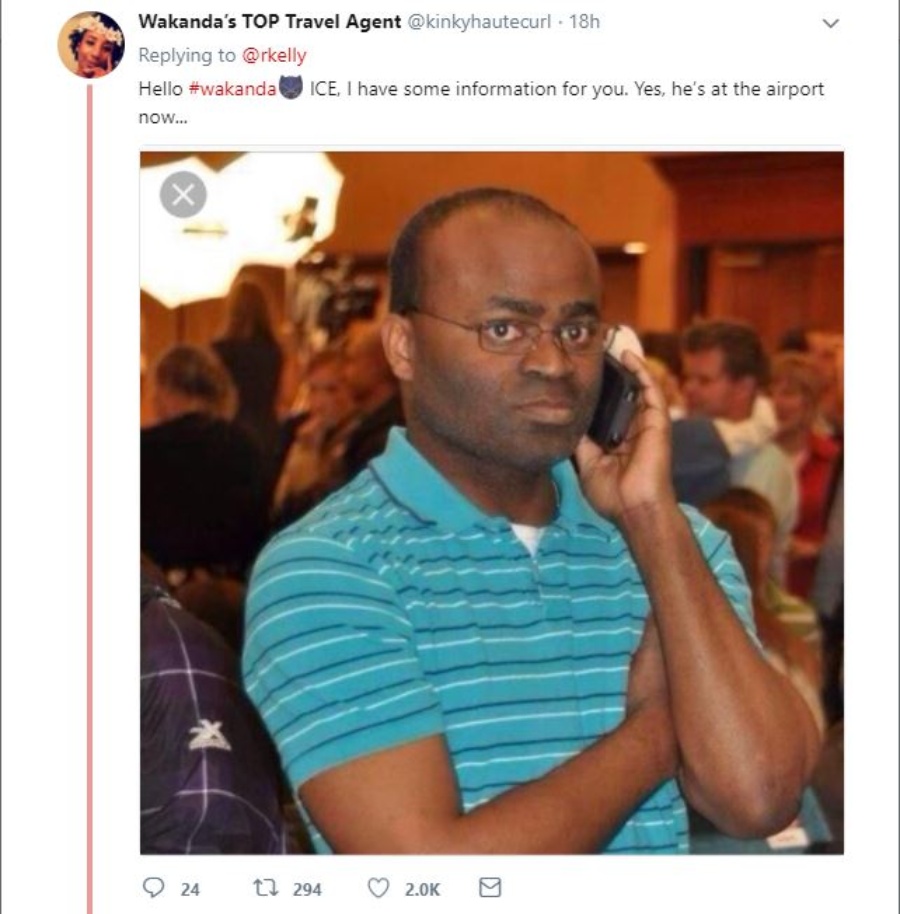 @ArtDoyle5: “I believe you can fly, just not to Wakanda. #WakandaForever” 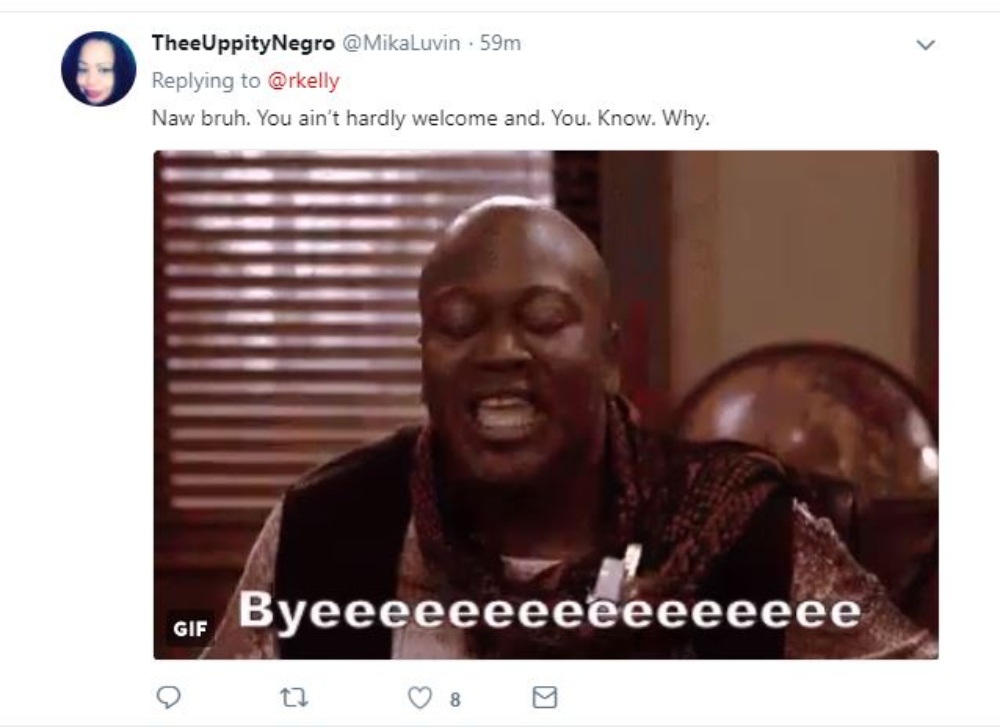 Kelly, who was the subject of controversy after marrying 15-year-old singer Aaliyah in 1994, was again the subject of speculation in July 2017 after he was accused of running a 'sex cult' at a house in Georgia.

However, no charges were pressed against the singer as the girls were 17 at the time.

Kelly has been reportedly pinpointed in numerous other allegations with underage girls which have been kept from mainstream media due to nondisclosure agreements.