“I wish him luck in killing me,” were the chilling words from Rachael Sukhdeo, whose husband and brother were recently brutally shot and killed in what police now suspect are connected incidents.

Sukhdeo made a post to social media on Sunday mourning the deaths of brother, Phillip Bassant and husband, Sheron Sukhdeo, a local used car businessman who was known to police and was murdered on March 26, 2018. Bassant was killed just a few months later on May 4, 2018.

Sukhdeo said that someone known to Sheron always wanted him dead and said Sukhdeo and Bassant were 'inseparable'.

“U all were always inseparable…(another person) always hated u an wanted to kill u…if you didn’t know how to dance rat face wlda kill u long before. Now u gone and also Phillip but I wish him luck in killing me."

"You took a part of me I never knew existed...love you brother. I leave everything in the hands of God, he knows best," she said. 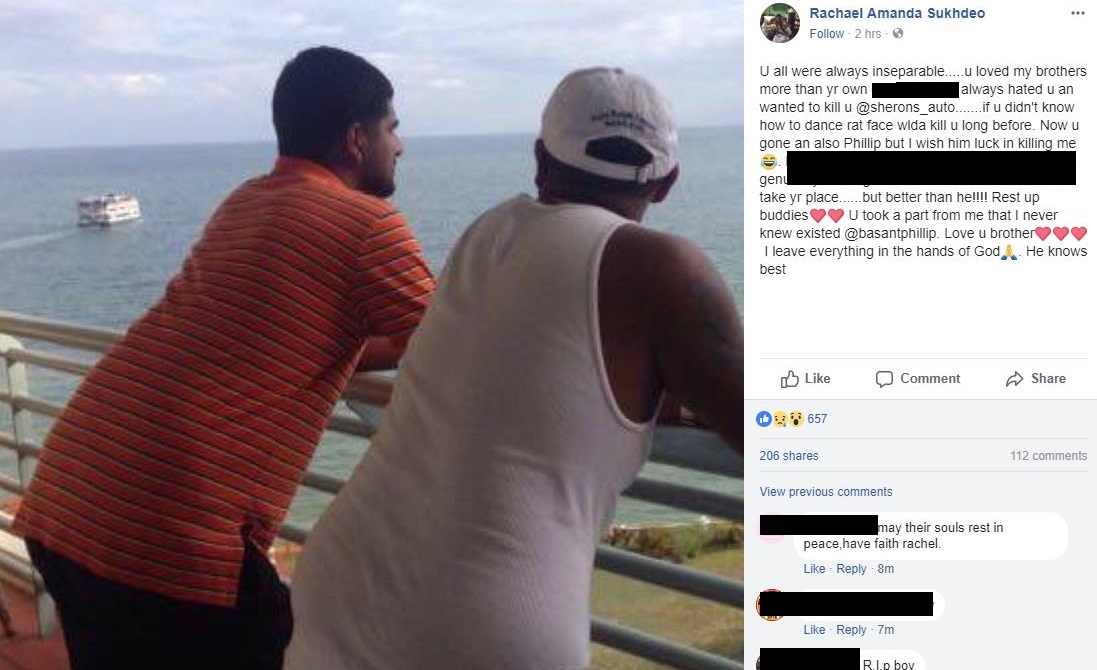 Others have commented on social media, urging the mother of two to be careful.

Police are continuing investigations into Bassant’s and Sukhdeo’s deaths, which they suspect are connected - although no clear motive has yet been ascertained.

Investigators, LoopTT was told, have since secured statements and CCTV footage from homes and businesses in the vicinity of the location where Bassant was shot dead.

An autopsy was expected to be performed Monday at the Forensic Science Centre in St James.