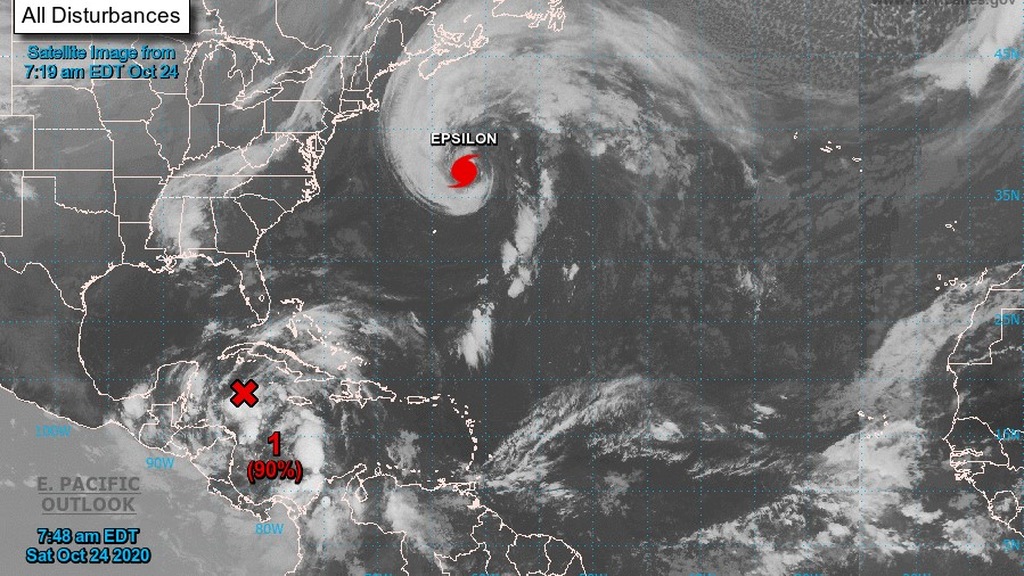 A new system near Grand Cayman has a 90 percent chance of developing into a tropical depression in the next day.

An area of low pressure near the Cayman Islands could become a tropical depression within the next day.

The NHC said environmental conditions are conducive for further development, and a tropical depression is expected to form within the next day or so while the low drifts toward the north and northwest.

The system could move near western Cuba on Monday and move slowly across the southeastern Gulf of Mexico by Tuesday. The NHC said it has a 90 percent chance of development.

The NHC said regardless of development, locally heavy rainfall will be possible over portions of the Cayman Islands, Jamaica and Cuba through early next week.

If the system becomes a tropical storm it will be the 27th named storm of the year and will receive the Greek letter Zeta as its name.